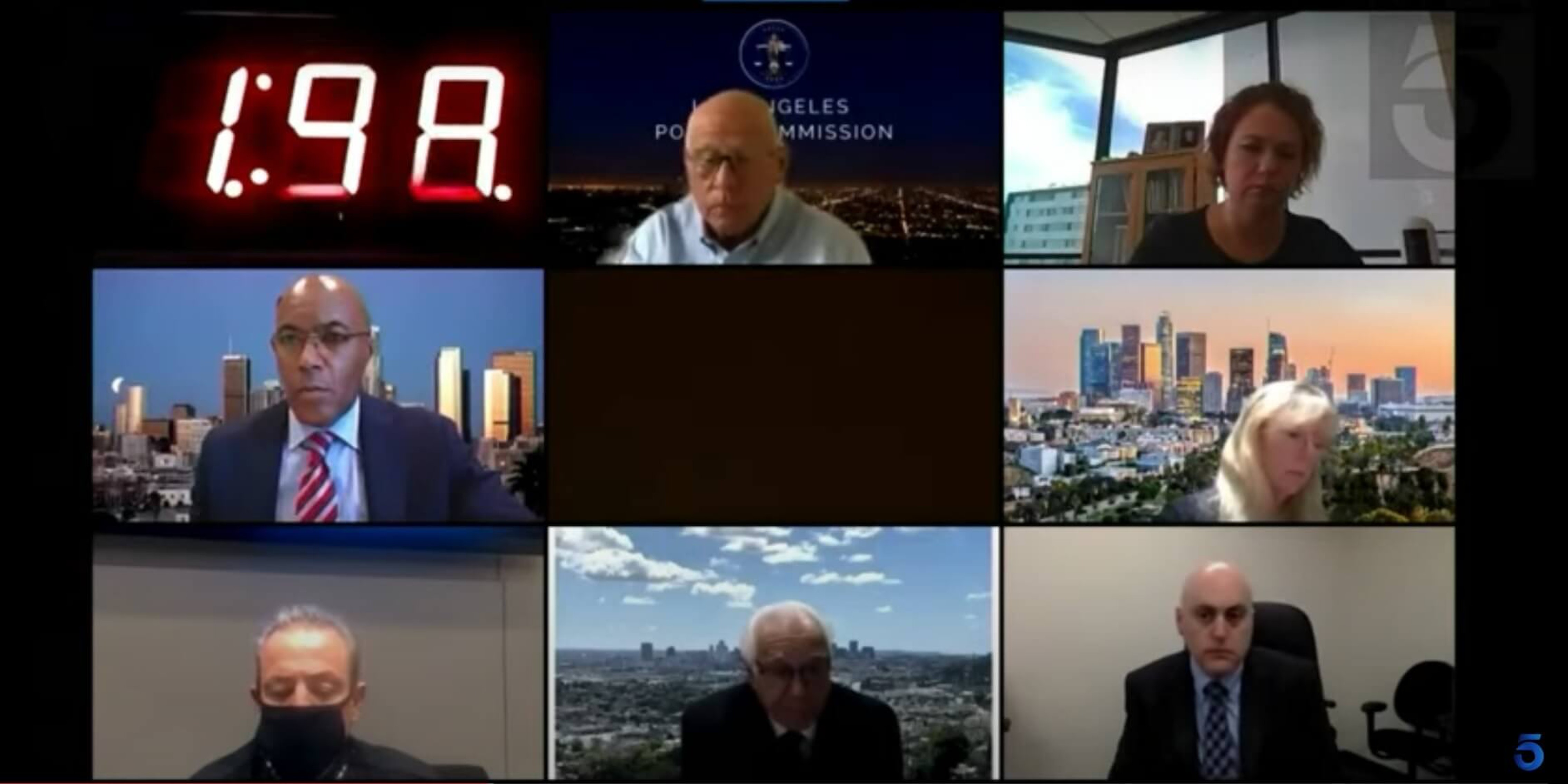 The best clips from the LAPD’s disastrous public Zoom meeting

In response to complaints about police brutality and misconduct during Black Lives Matter protests, the Los Angeles Police Department (LAPD) hosted a public Zoom call on Tuesday. Initially marred by technical issues, the call lasted for eight and a half hours, with Angelenos flooding the lines with enraged messages. LAPD Chief Michel Moore sat mostly in silence alongside other city officials, while callers delivered complaints that ranged from detailed critiques of police incompetence to hilarious, expletive-filled rants. Many wanted Moore and Mayor Eric Garcetti to be fired at once.

You can watch the whole thing on YouTube, but excerpts already went viral while the meeting was still live on Tuesday. For instance, this clip—delivered in a tone best described as “YouTube videogame rant”—verbally eviscerates the LAPD for ignoring the “war crimes” committed by police. “Have you considered being good at your jobs?” the caller demanded.

Meanwhile, this 30-second call was an instant hit thanks to its loud, vocal disgust about police brutality, culminating in an iconic sign-off: “Suck my dick and choke on it. I yield my time. Fuck you.”

“The people will not forget that you turned a blind eye to militarized police shooting and gassing their own citizens,” said another caller, telling Mayor Garcetti that his political career was “over.”

“Chief Moore, you have the most racist eyebrows I’ve ever seen,” said someone else, calling for him to be fired without pay. In addition to leading a police force that unleashed tear gas and blunt-impact munitions on unarmed protesters, Moore had recently inspired backlash for making inflammatory comments about George Floyd’s death. During a press conference on Monday, he said that Floyd’s death “is on their [protesters’] hands, as much as it is on those officers.”

We don’t know yet what consequences Garcetti and Moore will actually face after this. Throughout many of these calls, the LAPD representatives looked bored or tuned-out. However, this Zoom event has already served an important purpose: Promoting the voices of protesters, including specific and well-informed complaints and potential solutions to police violence. It clarified the overwhelming unpopularity of the LAPD, and the fact that many people want it to be defunded or dismantled altogether. Even after the callers were limited to 30-second messages, it says a lot that the meeting still wound up lasting more than eight hours.