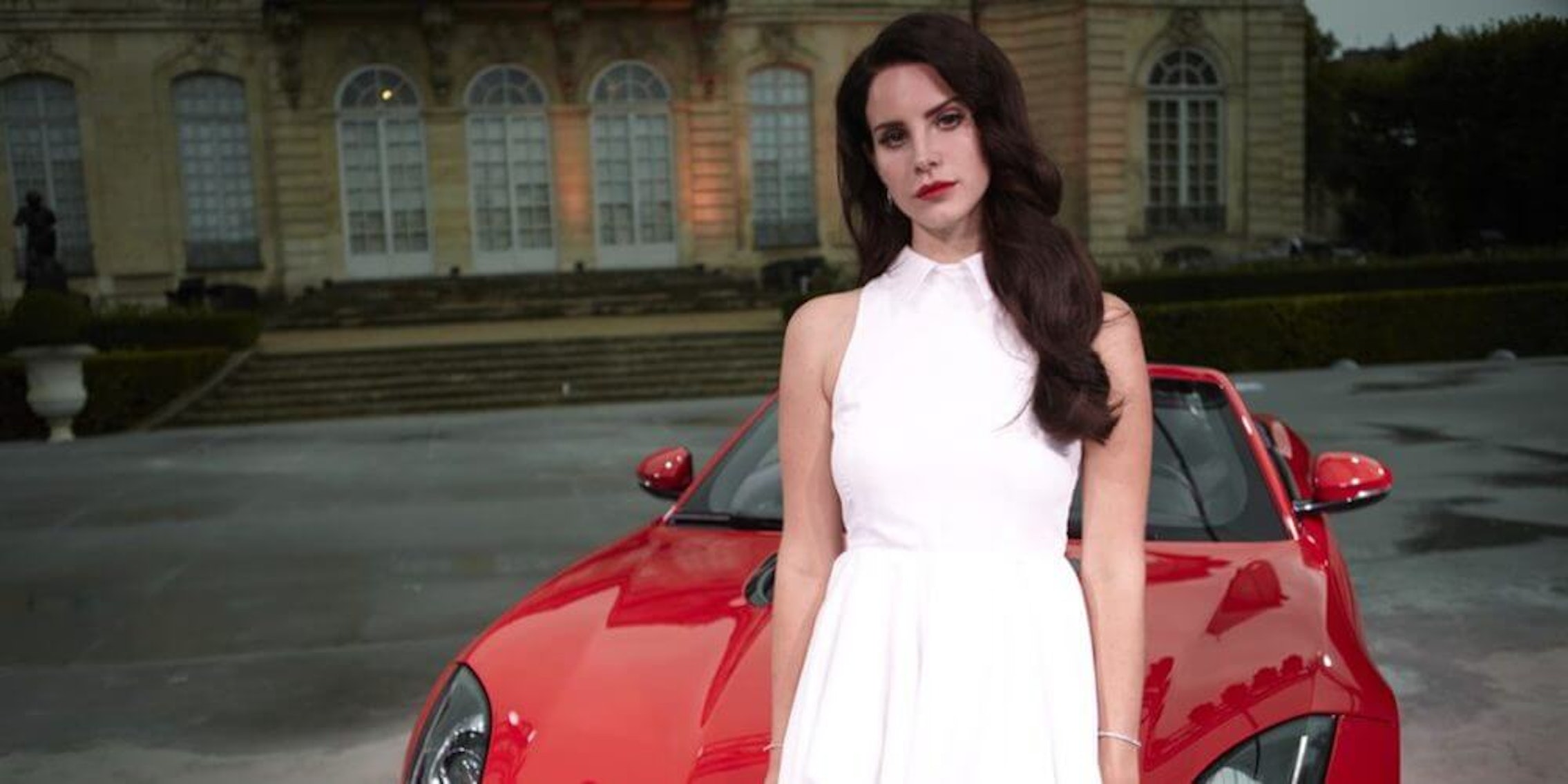 Would we still be debating Lana Del Rey’s authenticity if she were a man?

Lana Del Rey isn't any more "real" than Bob Dylan or Rick Ross, so why do we care so much?

But mostly, it’s exhausting to keep discussing whether it matters if she’s authentic or not.

As Jillian Maples of Flavorwire pointed out, there have been so many think-pieces written about Lana Del Rey that by this point, the topic merits its own flowchart. In the last week alone, the singer who was at one time referred to as the “gangster Nancy Sinatra” has been compared to David Bowie, Urban Outfitters, and professional wrestling. From her days as the number one target for music bloggers and general Internet agitators, to the post-SNL period where she became part of a national conversation, to the prominence she’s achieved through appearances on soundtracks and in a remix that entered top 40 radio, the Lana Del Rey hype machine simply will not quit.

Here, in 2014, trying isn’t necessary. For better or worse, we all know who Lana Del Rey is. In an extremely comprehensive analysis of Del Rey’s career all the way up to the release of her new album, Ultraviolence, for statistics-based website Vox, Kelsey McKinney concludes, “The cult of Lana Del Rey did not just survive the controversy of inauthenticity, it thrived through it. Ultraviolence is on track to sell between 175,000 and 200,000 copies in its first week, which could land her in the #1 spot . But even if this album doesn’t become a number one hit, or sell platinum, Lana Del Rey is not going anywhere soon.”

Now, as our attentions turn to Del Rey for what feels like the thousandth time, the moment is right to consider why the “controversy of inauthenticity” plagued Del Rey in the first place. Caramanica might not have predicted the future very well in his Times article, but he did cue into one truth, when he called Del Rey, “a reminder of how free people feel to clobber someone, especially a young woman, for the crime of art.”

Going back to the beginning, part of the issue people have with Del Rey’s image stems from her initial label as an indie darling, a label she has since ostensibly abandoned for pop music stardom. This perceived switch in career paths is probably part of the reason she continues to elicit cries of “poser.” But even before that, her place in the indie world was met with intense scrutiny. In what might have been one of the first columns ever to explore Del Rey’s relationship with authenticity, Pitchfork contributor Nitsuh Abebe writes:

Pop music treats imagination roughly the same way stage musicals do: You can take up the trappings of any aesthetic you like, roving anywhere through style and history, costume, and theme. But the music is always bedrock; it always needs to function as pop… With indie musicians it’s the opposite. The music itself is allowed to follow its aesthetic imagination off in strange directions, but the artists are often expected not to. The artist is always just an auteur, the creator of a fiction: She might make an album totally committed to theatrical concepts, but she’ll show up to interviews in normal clothes, explaining her ideas like a normal person.

As anyone who’s ever read an interview with Lana Del Rey knows, she has no interest in coming off like a “normal person.” Funny enough, however, it’s publications like Pitchfork who draw these type of lines between indie musicians and pop stars to begin with. When they first discovered Del Rey, they compared her to indie hero Cat Power. But by the time her album came out, and all the controversy made it clear that not only was she no Cat Power, but that she also didn’t fit Picthfork’s larger brand, their review was less than kind.

The Pitchfork review of Born to Die, Del Rey’s major label debut, also brought up the topic of regression, which has also followed Del Rey around ever since. In it, critic Lindsay Zoldaz says, “You’d be hard pressed to find any song on which Del Rey reveals an interiority or figures herself as anything more complex than an ice-cream-cone-licking object of male desire.”

However, the idea that Del Rey’s sentiment is harmful to women may be, in and of itself, a different kind of harmful. As Tara Cartland of feminaust observes, whether Del Rey is aware of it or not, the persona that she cultivates speaks volumes about the traditional view of women in American society.

When Del Rey sings ‘Love me [be]cause I’m playing on the radio’, with all that implies, instead of acknowledging that she has hit on a complex truth about female performance, Zoladz reacts defensively: by patting her on the head and saying, ‘No dear—we don’t even like you.’… I am aware, of course, of the irony of criticising a woman for criticising a woman. But I think continuing the conversation is the right thing to do: just  as Lana Del Rey appears to makes herself an empty vessel for male desire, she does the same for feminist anxiety. And that seems like an opportunity to me.

Nevertheless, Del Rey has continued to draw ire. Titus Andronicus’s Amy Klein penned a scathing indictment of her not long after she first appeared, basically claiming that Del Rey embodies everything that’s wrong with typical gender politics. More recently, Flavorwire’s Judy Berman echoed this train of thought—when she likened Del Rey to notorious photographer Terry Richardson. “I’m not saying that every artist needs to be subversive, or (god forbid) that any artist who doesn’t challenge social norms might as well be Terry Richardson,” Berman said. “But let’s not congratulate him or Lana Del Rey for flouting or mocking entrenched, conservative values when what they’re really doing is cashing in on them.”

The criticism that Del Rey’s music is anti-progressive is one thing when it’s coming from women. But it’s entirely another when it’s coming from men. The Atlantic’s Spencer Kornhaber called Born to Die “repulsive.” After Liz Phair wrote a defense of Del Rey for the Wall Street Journal, Spin’s Marc Hogan felt the need to write a response dissecting Phair’s words from a feminist perspective. Slant’s Paul Rice probably had the most constructive thing to say on the issue of any man when he wrote, “Del Rey’s been called anti-feminist, though for what reason I still can’t discern. She wears sexy clothes?”

This phenomenon of men feeling the need to write about why Lana Del Rey is bad for women is emblematic of problems which always arise when men try to take the lead in feminism. As writer Flavia Dzodan asserts in her blog, Tiger Beatdown, “Wanting to be seen as an object of affection, hell, turning a dude you like on, wishing he would see you as inherently sexy, hot, and yes, perhaps as a sexy ‘play thing’ is not anti feminist. Just like theater and film require the suspension of disbelief, sometimes, feminists can also suspend the theory of objectification for sexual purposes. Is someone who objectifies herself willingly a victim, in any case? Cis men talking about Lana Del Rey as ‘anti-feminist’ make me laugh.”

As Rob Harvilla sarcastically wrote in his Born to Die review at Spin, “‘Bob Dylan’ is not his real name. The ‘Ramones’ were not related. ‘Sun Ra’ was from Alabama, not Saturn. The Strokes’ dads are not plumbers. ‘Rick Ross’… look, we don’t have time for this. Yes, Internet, and God bless you for devoting most of the past half-year exclusively to pointing this out, Lana Del Rey is a pose, a persona, a version 2.0, at least, the contrivance of a messy, wayward, unformed, aspiring pop star rummaging through closets and clutching at borrowed pearls.”

And now, we have come full circle, all the way back to inauthenticity. The obvious fact is that Del Rey would never have received this kind of treatment if she were a man. Arielle Bernstein of Indiewire offshoot Press Play links Del Rey to other young female artists in this sense. “The extent to which Del Rey’s image is authentic highlights our disbelief in the idea that female artists can conceive and construct their own identity,” writes Bernstein. “Lots of male artists come from wealthy, privileged backgrounds, but we balk when twenty-something privileged female artists like Lena Dunham or Emma Koenig get impressive book deals.”

With female artists, authenticity is a paradox. We put pressure on women to stay young and beautiful as long as possible — yet as soon as we get a hint that they know how the game is played, we become enraged. Del Rey has made a career of capitalizing on not only her own beauty, but the idea of beauty as a cultural obsession. Men don’t want to be culpable in this, so they attack her under the guise of feminism. And in doing so, they become the ones who are really inauthentic.

Del Rey, intentionally or unintentionally, is making a comment on this. By reaffirming ideas of classic femininity, she is pointing out the hypocrisy in a system that says it prefers women not to wear too much makeup, and then publicly shames them when they leave the house without any. Every time someone talks about Del Rey’s lips, what they’re really doing is demonstrating their own insecurity about staying “real” in a world that we all fear has gotten too fake. Meanwhile, Lana Del Rey may be the fakest of all, but at least she embraces it.

That’s not what we want though. We want a “cool girl” like Jennifer Lawrence, someone who we feel like we could hang out with. Someone who knows they’re a huge star, but never acts like it. The music world always has one. Lately, it’s been Lorde, who’s down to earth, speaks her mind, and isn’t afraid to reject old school practices and cliches.

Not so for Lana Del Rey. Everything about her is old school. And she’s not afraid to embrace the contradictions of being old school in a new world. And that lack of fear scares us. We recognize that without that fear, we might have to acknowledge those contradictions ourselves. Sarah Todd wrote as much on girls like giants.

We project our culture’s anxieties and desires onto our stars. Celebrities who are female, non-white, and/or outside the heterosexual cis-gender spectrum in particular tend to get used as cultural mirrors. What we see when we look at them is really ourselves, but we try to pretend otherwise. Part of what systematic oppression means is that privileged people throw a bunch of their own snarly, messed-up fears and fixations onto people they don’t believe should be allowed to do anything about it.

Del Rey happens to be the latest star to be held up as a mirror. But she has a trick up her sleeve: she’s a funhouse mirror, one that confronts viewers with her artifice and, by extension, our own.

With the many good reviews Del Rey’s new album is getting, one has to wonder if her artifice is finally starting to hit home.

Or maybe, everyone’s just realized that they’re no better equipped to criticize Del Rey’s artifice than they are their own.

Photo via jaguarmena/Flickr (CC BY 2.0)