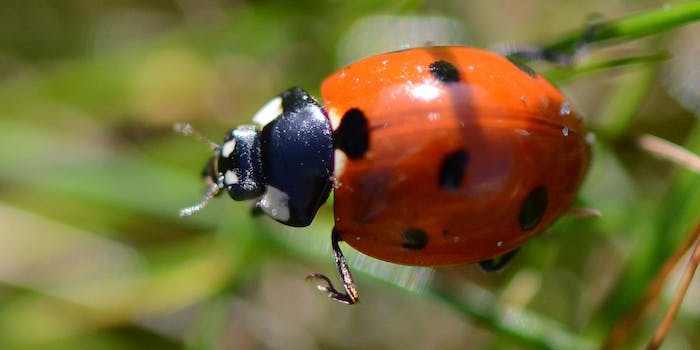 Photo via Rene Mensen/Flickr (CC BY 2.0)

These kids can't get no respect.

A team of seven high school seniors unleashed 72,000 ladybugs in Chopticon High School in southern Maryland. This senior prank has led to a series of arrests and indictments. Also, it’s hilarious. Let’s run through all the questions anyone could have:

How did the school get rid of the ladybugs?

A vacuum. The bugs were then put by the bag into the garbage.

Are the bugs now dead?

Was this maybe a favor being done by the students because of an out-of-hand aphid situation?

Probably not. But we have an ask out to Chopticon High on their aphid situation.

Are bugs the only weird things you can order over the Internet?

What other weird stuff can you order through the mail?

Is this ladybug situation some sort of cosmic revenge for a high school with a regressive mascot name?

Were the seniors having trouble getting respect?

Maybe, and if so, very clever.

Why would that be clever?

Could Rodney Dangerfield get respect?

No. Rodney Dangerfield never could get any respect.

Could these students have ordered 72,000 VHS copies of Ladybugs in order to get some respect?

No, that’s dumb. They would have ordered Blu-Rays of Ladybugs.

What happens to the students now?

Four are minors and have already been charged with crimes related to the prank. The students were then released into their parents custody. The remaining three, who are legally adults, have yet to be indicted, but will be via police summons.