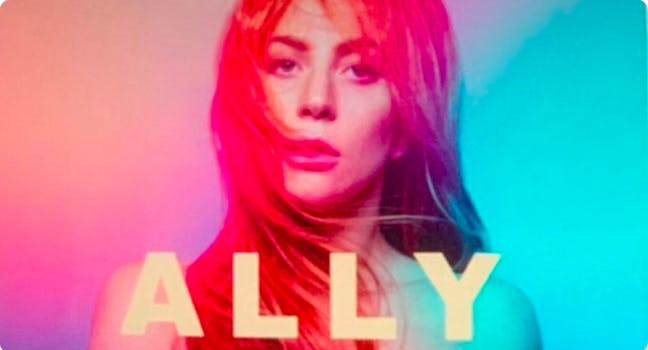 ‘A Star is Born’ billboard has become a delightful LGBTQ meme

There were, of course, some borderline NSFW examples.

It didn’t take long for Lady Gaga to get the meme treatment for her breakthrough role in A Star is Born. A full month before the film was even released, one scene from the trailer alone—in which Bradley Cooper’s character Jackson Maine tells Gaga’s Ally to stop so he can take another look at her from the window of his limousine—launched a thousand memes. Heck, even her grand entrance at the Venice Film Festival, where the film premiered in August, ended up becoming a meme.

Now that the film has been released nationwide, Twitter has become fixated on another scene. Following Ally’s meteoric rise and transformation from country singer to pop star, she lands a musical performance on Saturday Night Live. And not just any performance, but the season finale—so you know she’s really hit the big time.

To calm her nerves, Jackson leads Ally to the balcony of their Sunset Strip hotel and points to a large billboard with her face and name in bold letters splashed across it.

The billboard itself definitely gives off some serious LGBTQ vibes with its rainbow hue, and of course the word “ally” in itself doubles in meaning as a common word for a straight person who supports the gay community.

In other words, it didn’t take long for LGBTQ folks—mostly gay men, in particular—to connect the dots and turn the billboard into a meme, illustrating with mostly tongue-in-cheek examples of how others have been an ally to them personally.

My friend in 9th grade who would watch The Anna Nicole Smith show with me. pic.twitter.com/nzryc5pTuG

My straight girlfriends joining me at Pride pic.twitter.com/LHxzHQzUjR

a straight friend invited me over to have nachos and watch You’ve Got Mail pic.twitter.com/WaV3JaGY76

every het walking through the door when I have my birthday party at a gay bar pic.twitter.com/rORbECLZoY

And there were, of course, some borderline NSFW examples:

When God invented the prostate pic.twitter.com/aJ48A9bN3W

when my str8 coworker likes my tweets about eating ass pic.twitter.com/ji2wEcECrv

When I visit home and Mom says she bought baby wipes for me. pic.twitter.com/fPrbTaF35u

As well as a few obligatory references to the 2017 film Call Me by Your Name:

When Elio’s dad says “what a waste” pic.twitter.com/I2sbRa9GXR

When Mafalda changed the bedsheets pic.twitter.com/WRgL6c9KOr

And this reference to the 2016 Academy Award winning film Moonlight:

Gaga herself has always been an outspoken ally to the LGBTQ community—it’s not hard to imagine that she would be pleased that her film inspired such a funny yet wholly positive queer meme.