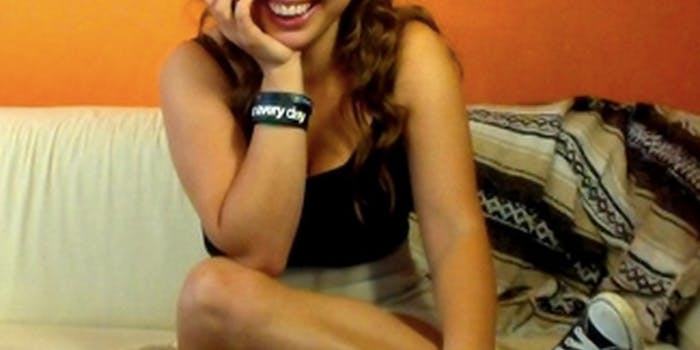 After a month-long absence prompted by death threats, 22-year-old Green is back to video blogging.

After a full month’s absence, sex educator Laci Green has returned to the Internet.

The 22-year-old YouTube vlogger, best known for her bubbly, sex-positive edutainment videos, said she was forced off the Internet in early July by harassment from “‘social justice’ tumblr.” As retribution for unintentionally insensitive remarks, Green received death threats.

Now, that’s all behind Green, who made her comeback Friday with a brand new sex education video, “MEN & WOMEN CAN’T BE FRIENDS!?”

At the end of the four-minute video, Green briefly addresses her long absence.

“Thank you for all of the love and amazing support and everything.” A pause. “Yeah, I don’t want to get into it right now, but I hope that you all know how much I appreciate every one of you.”

After Green broke her silence, thousands of commenters on Green’s YouTube video and Tumblr update flooded her with positive feedback and concern.

“Can I just say how happy I am that Laci Green is back?” basoonerthebetter wrote. “It was a crime, how such a positive and informative source was effectively banished from the web, for fear of her life. She is so brave to return, knowing the sort of people she might be facing. Welcome back Laci, we’ve missed you.”

Green’s critics, however, are doing anything but celebrating.

“FUCK YOU LACI GREEN,” sugarbooger27 wrote. “This asshole pops back up on the Internet and STILL makes no effort to apologize sincerely.”

When Green reassumed her spot in the limelight, she was once again placed under the scrutinizing spotlight of her detractors. Whether or not she makes an effort to address them head on, her reemergence is a statement in itself.