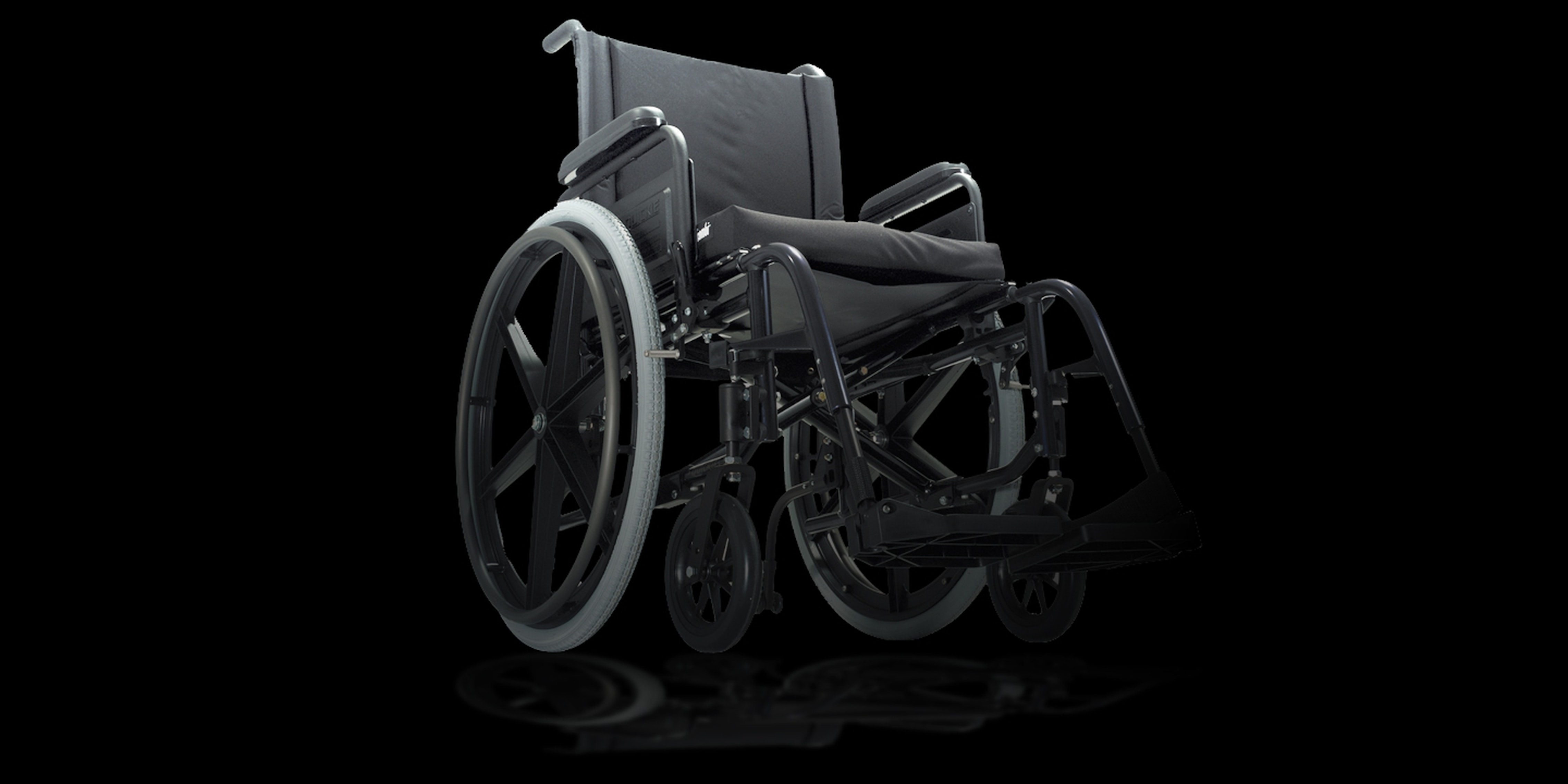 Disability is not a fashion statement.

Disability is not a fashion statement, and don’t let Kylie Jenner convince you otherwise.

The young socialite and reality TV star posed recently for Interview magazine in highly sexualized positions in a wheelchair painted gold for extra glam. Given the extreme rarity of fashion editorials featuring actual disabled people, there’s something particularly galling about seeing a nondisabled person play disability dressup for sheer novelty, with the mobility device appearing as a prop and little more. Disabled people argue that this kind of imagery is incredibly damaging—and they’re not wrong.

The entire shoot positions Jenner much like a plastic mannequin, aging her up from her 18 years, slapping fetish clothing on her and draping her like a doll across sets and scenery.

Like other editorials in Interview, it’s designed to be striking and provocative. As commentators at Nylon point out, the decision to use a wheelchair as a prop isn’t new, and it was undoubtedly deliberately calculated to spark controversy on an Internet attuned to problematic pop culture.

Wheelchair users in the real world typically live invisibly, ignored by the people around them and regarded as objects of fear; children stare at them while adults go to great lengths to pretend they don’t exist. The wheelchair becomes an instrument of infantalization, lying between the user and full engagement with public life, and inaccessibility exacerbates the problem by keeping many wheelchair users out of view. Between endless stairs, tiny bathroom stalls, narrow doorways and other careless obstacles, navigating the world in a wheelchair is extremely challenging.

NEWSFLASH for @KylieJenner & @InterviewMag: A wheelchair is not an accessory. pic.twitter.com/hFBaq2N1yb

For Jenner, however, the wheelchair was just a prop used for a few hours in a provocative photoshoot. The images create a strange sexualized tension—people are uncomfortable with viewing people who use wheelchairs for mobility as people who have sexualities—and they also reduce Jenner to a doll lying uselessly in the chair, the stereotype of the invalid waiting to be rescued by a nondisabled person. With an actual disabled model, an editorial of this nature could make a powerful statement, but with a nondisabled woman, it leaves a very sour taste.

For Jenner, however, the wheelchair was just a prop used for a few hours in a provocative photoshoot.

Jenner’s appropriation of the disabled experience was particularly striking in light of her #IAmMoreThan anti-bullying campaign and her recent post on Instagram of a disabled participant who wrote about being more than her wheelchair. Her recognition of the stigma faced by wheelchair users stands in stark contrast to the photo shoot, suggesting that the young celebrity hasn’t learned much from her own hashtag.

Critics like filmmaker Dominick Evans pointed out that while the wheelchair is used in the shoot as a heavy-handed metaphor for constraint, limitations and feeling trapped in the fishbowl of public life, many wheelchair users have a very different relationship with their mobility aids. Instead of being a symbol of inability, the wheelchair becomes a force for liberation—something that frees, rather than hinders, the user.

Jenner’s shoot, turning disability into a fashion accessory instead of a lived experience, spoke to the lowest common denominator in both fashion and social attitudes about disability. (Lest one think that this is a slipup for Jenner, look to her decisions to pose in blackface and with dreadlocks for other fashion editorials; Jenner, like many others, thinks little of the lives she appropriates to look fashionable.)

Wheelchair users in the real world typically live invisibly, ignored by the people around them and regarded as objects of fear.

In a non-apology apology, Interview tells critics that its “intention was certainly not to offend anyone.” But this isn’t just about perceived personal offense. It’s also about the perpetuation of social attitudes that harm an entire community, and this is why activists are speaking out against it.

Fashion editorials are often about dressing up, entering a fantasy world and creating something larger than the subject. In this case, however, Jenner tapped into cultural anxieties and attitudes about disability for the provocation value, and in so doing, directly harmed actual disabled people who deal with those attitudes long after she swings her feet off the footrests and leaves the set.

Disability advocates are right to be angry. Now we’ll see if their concerns are taken seriously, or if they’re just dismissed as part of the Internet outrage machine.

S.E. Smith is a writer, editor, and agitator who serves as the social justice editor for xoJane and has been published in the Guardian and Salon, along with several anthologies.