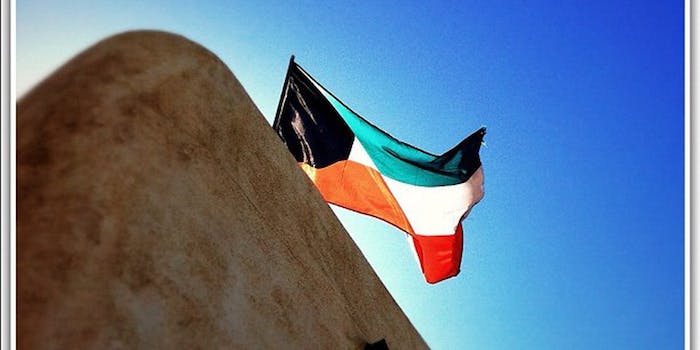 According to the Interior Ministry, the man defamed the Islamic faith and slandered Muhammad, his companions, and his wife.

Authorities in Kuwait arrested a man on Tuesday after he allegedly insulted the prophet Muhammad on Twitter.

According to the Interior Ministry, the man defamed the Islamic faith and slandered Muhammad, his companions, and his wife. Under the 1961 press and publications law, blasphemy is illegal in the country. The man, whose name has not been disclosed, is being interrogated ahead of appearing in court.

The ministry, in a statement reported by Reuters, said it “regretted the abusing of social networks by some individuals to offend basic Islamic and spiritual values, vowing to show zero tolerance in combating such serious offences.”

Meanwhile, several Kuwaiti media outlets claimed that the man is denying the accusations. “I will never attack the Holy Prophet,” several newspapers quoted him as saying. He added that the offending tweets were posted by someone who had hacked his account.

Though Twitter is popular in Kuwait, authorities in the country have arrested a number of people over comments that were made on the microblogging platform. Though blasphemy is illegal in the county, it is not punishable by death there, as it is in neighboring Saudi Arabia. There, a journalist has faced death threats after allegedly insulting Islam and Muhammad.