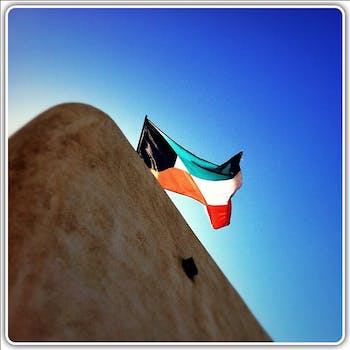 It's the latest in Kuwait's movement toward greater criminalization of social media.

A court in Kuwait has sentenced 26-year-old Rashid Saleh al-Anzi to two years in prison for an “insulting” tweet he posted.

The verdict, published Sunday by the online newspaper Alaan, claimed histrionically that al-Anzi “stabbed the rights and powers of the Emir,” the country’s hereditary ruler, Sheikh Sabah al-Ahmad al-Sabah.

Al-Anzi broadcasted the tweet to 5,700 followers in October, according to Reuters.

Kuwait has arguably the most open society among the Gulf States, but it has arrested a number of people for online dissidence, and has moved toward a greater criminalization of social media use.

Just last week, another Twitter user, a journalist with the news site Sabr named Ayyad al-Harbi, was also arrested. According to the Washington Post, the pro-government newspaper Al Watan accused al-Harbi of having posted material “insulting” to the country’s emir.

In April, the writer Mohammed al-Mulaifi was sentenced to seven years in prison for slander after accusing some of the country’s Shi’ite minority of being loyal to leaders in other countries.