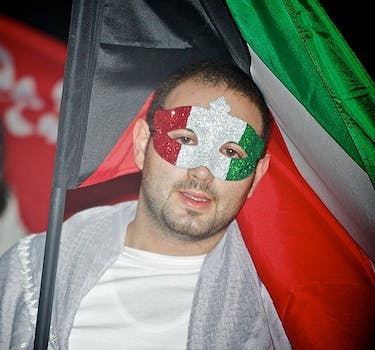 Kuwaitis to rally in support of online censorship

Citizens plan to demonstrate to stop online comments critical of Muhammad or God.

Kuwait Islamists are calling for a massive march in support of stricter monitoring of Web communities, such as Twitter. The push comes in the wake of new attacks on the relatives and companions of the prophet Muhammad.

The call to action was apparently spurred by tweets targeting Aisha, the wife of prophet Muhammad. Security agencies are looking for the person behind those tweets.

Those urging citizens to take part in a mass rally Sunday include several members of parliament.

“It seems that some people have not really drawn lessons from what happened to those who insult the prophet or his family or his companions,” MPs Waleed Al Tabtabai and Musallam Al Barrak said, according to Gulf News. “We need a strong mobilisation to address this matter. The interior minister has been requested to take action against those who posted the abusive remarks.”

The country has arrested and jailed a number of individuals who were deemed to have insulted Muhammad, his relatives, and his companions on Twitter and YouTube. Lawmakers in Kuwait are pushing for an amendment to the penal code that may make insulting Muhammad or God punishable by death.

Kuwait monitors print media, television, and books, reviewing materials before granting exhibitors and publishers licenses to operate in the country. There is little public outcry about the censorship, however, because uncensored materials are readily available online, wrote Alwatan Daily, an English-language newspaper published in Kuwait since 2008.

Kuwait does not yet have the legal capacity to censor electronic media, nor does it have specific laws for prosecution. Instead, the criminal code has been used to bring slander or libel charges for Twitter comments.

Information Minister Shaikh Muhammad Al Mubarak Al Sabah said earlier this week that the government plans to introduce laws later this year that will let agencies regulate online media and Web communities. The reason for this is to “safeguard the cohesiveness of the population and society.”