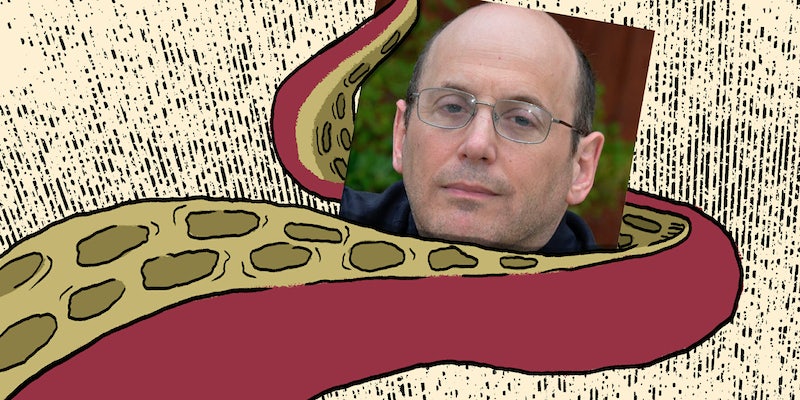 For the Venn diagram of Weird Twitter and Leftist Twitter that loves dunking on Eichenwald, this was like Christmas in June. The jokes came hard and fast, all night long and into the morning.

…some to show her it was real. But I couldn't find any – & ended up w/ this. My family reads my twitter feed, so they know this is true.

This only exacerbated the weirdness of his explanation, and it also invoked the “large adult sons” meme, which was at one time hugely popular on Weird Twitter. Honestly, he couldn’t have made a better joke if he’d meant to.

And Eichenwald’s “cartoon parn” typo has also taken on a life of its own, giving Donald Trump’s “covfefe” a run for its money:

This blows away covfefe as the greatest typo of all time https://t.co/Iva0PZvgIv

Why is "cartoon parn" so funny?

On a day where the rest of the news highlights intense political divisions, it’s nice that the internet can come together to agree on one thing: mocking Kurt Eichenwald.