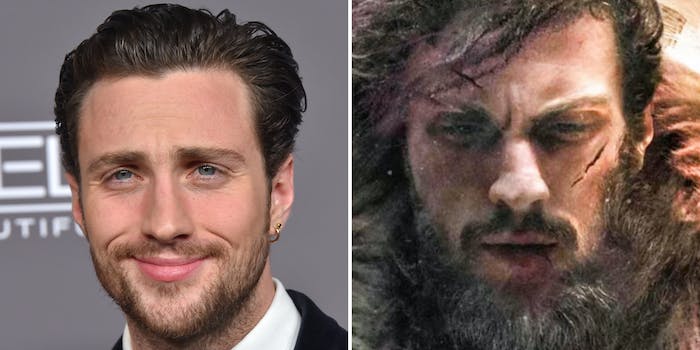 ‘Kraven the PETA member’: Marvel fans are dunking on Sony’s plan for an ‘animal lover’ Kraven the Hunter movie

Actor Aaron Taylor-Johnson describes his version of Kraven the Hunter as an 'animal lover and a protector of the natural world.'

Following in the footsteps of Venom and Morbius, Sony is launching a spinoff movie for another classic Spider-Man villain: Kraven the Hunter. Due out next year, it stars Aaron Taylor-Johnson in his third (!) superhero role. But a new interview is raising some questions about the direction of this new franchise, after Taylor-Johnson characterized Kraven as an “animal lover.”

Created in the 1960s, Kraven is a larger-than-life hunter of big game animals, dressing in outlandish costumes made from animal pelts. While he’s usually cast in a villainous role, his personal code of honor means he sometimes slips into antihero territory.

Like most long-running Marvel characters, he’s evolved a lot over the decades. However a lot of fans were quick to make fun of Aaron Taylor-Johnson describing his version as an “animal lover and a protector of the natural world.” The main reaction to this news is people dunking on the idea of “Kraven the PETA member,” and predicting that the film will be a flop like Morbius.

The image of a vegan pacifist Kraven the Hunter is an easy punchline, but most of this backlash (you’ll be shocked to hear!) is people reacting to a decontextualized quote. In the original Variety article, Taylor-Johnson confirmed that Kraven will still be a hunter in the upcoming movie. He’ll just be portrayed as an antihero rather than a full-on villain, much like how the Venom movies depict Eddie Brock.

To be honest, this direction makes a lot of sense. Marvel movies are aimed at a wide audience, including kids, and a lot of people just don’t want to watch a film where a bunch of animals get slaughtered. It sounds like Sony is trying to retain Kraven’s general personality (“a hunter, a human with conviction”) in a way that lets him be a mainstream antihero. And as some Marvel fans have pointed out, this still reflects the comics. While Kraven has a dark and violent legacy, he also has more upbeat storylines like a comedic recurring role as Squirrel Girl’s friend and ally.

In the context of this upcoming movie, the Jurassic Park franchise is a worthwhile comparison. Those movies simultaneously portray dinosaurs as dangerous monsters, and as sympathetic and/or vulnerable wild animals. If Sony’s Kraven the Hunter goes a similar route, Kraven can easily be an action hero, a hunter, and a “protector of the natural world” at the same time.