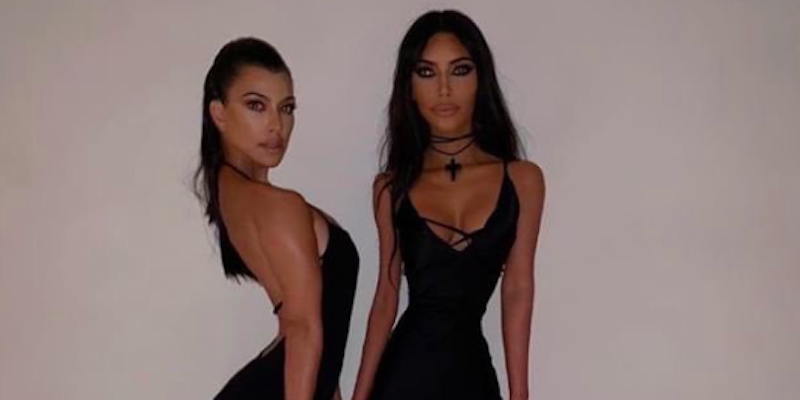 Kourtney Kardashian claps back at critics with heavily Photoshopped photo

'Yet another unrealistic standard for women.'

Yesterday, Kim Kardashian West posted a photo on Instagram with her sister, Kourtney Kardashian. The caption: “Always Us.” The pair looked as the Kardashians always do—unreal. Critics went off in the comments, accusing Kardashian of Photoshopping and Facetuning the photo.

“What happened to Kourtneys left hand??” one person asked in the comments. Another person asked, “anyone else see a bratz doll?” Many others commented saying the sisters look like “aliens.”

After the slew of negative comments, Kourtney took to Twitter to post the same picture, only this one was heavily Photoshopped. The reality star edited her back to have a crazy arch and Kim to have a disproportionately slim waist. She posted the picture with no caption.

People on Twitter loved her self-aware clap back. One person responded with an even more edited version of the picture.

Someone else responded with another meme of Mariah Carey heavily Photoshopped with the caption “Mariah outsold.”

“Yet another unrealistic standard for women,” someone else joked.

yet another unrealistic standard for women pic.twitter.com/9GC8fNZOM1

Next time you’re called out, maybe take notes from Kourtney Kardashian. Her response seemed to work.