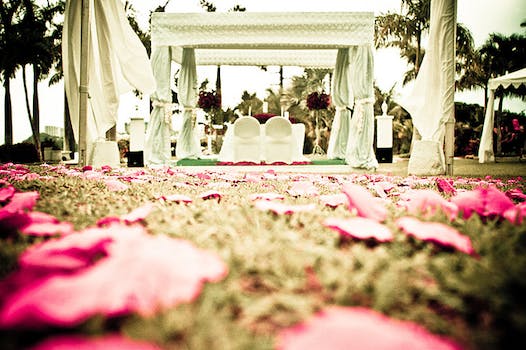 Janet Kornblum announced a wedding on Facebook. It just wasn't her own.

I was so happy when my dear friends Patty and Abby were finally able to get married (when Maryland voters extended marriage rights to same-sex couples) that I couldn’t wait. I flew out to Baltimore.

You know sometimes when you meet a couple and you kind of know that they won’t last? Well, think exactly opposite. When Patty (whom I’ve known for years) met Abby, I knew they were made for each other.

So when they said, “I do,” in a small room in the county court building, I shed a tear and snapped a few dozen photos, including, of course, a few on my iPhone.

I promptly posted their picture (with permission) on my Facebook page.

“Just married!” I wrote. And then I tagged the photo with my friends’ names.

It was official. The world (i.e. Facebook) was informed. I don’t have many friends in common with these two since we live on opposite sides of the country. So I really posted it for them.

And then came the comments.

At first they were what you’d expect: warm congratulations from their friends. Their friends liking the photo.

And then my friends started liking it.

Yes, I thought, they think I’m an amazing photographer! How did I possibly capture this beautiful moment (aside from the fact that it happened right in front of me and they held their positions for minutes)? They thought it was extraordinary.

Seriously, I’m well aware of the fact that most people “like” pictures because they pause for a second, think, cool, click “like,” and move along. I do it all the time.

Everybody loves a celebration.

And then, then, they started commenting in another way—congratulating me. That’s when I knew I’d messed up.

Hey, thanks guys. But aside from the fact that I’m white and the women pictured are white and oh yeah, we’re all women, we don’t have much in common.

I could get all holier than thou right now about how people who don’t even know me were congratulating me. How meaningful can that be?

But hey, I’ve done it too: drive-by sincerity. I wish people I’ve never met a happy birthday. And it could have been a lot worse. I’ve even seen people wish dead people happy birthday, on a memorial page.

On the other hand, is wishing someone you hardly know congratulations on a wedding that they didn’t have really that different in the offline world?

When it comes down to it, as odd as it is to be receiving congratulations on a marriage I didn’t have, I don’t want to discourage this type of behavior. Hell, we need all the pats on the back we can get—even if they’re not really for us.

Somehow Facebook brings out the worst and the best in us. And if once in awhile people get it wrong in a good way, I’m OK with that.

So wish me congratulations or happy birthday any time you want. If you get it wrong, I won’t complain.

Janet Kornblum likes to pontificate about how the online world changes us. Or not. Let her know what you think: [email protected] She just might wish you congratulations.