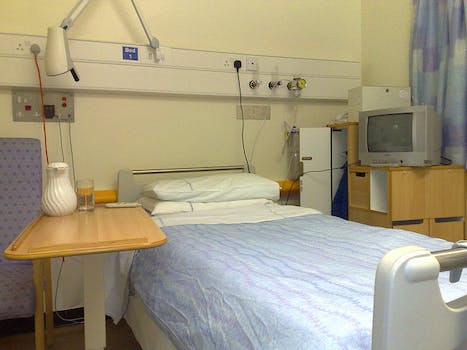 Curating life (or not) from a hospital bed

When do we want to tell our Facebook friends we're sick? And when do we not?

My finger hovered over the screen. My Facebook app was open on my iPad. I was in the hospital and feeling well, frankly, a little bit sorry for myself.

If perfect strangers were willing to wish me a happy birthday—and sound like they really meant it—how would they respond when I told them I was sick? Hospital sick? I wasn’t thinking very clearly, especially with fever and morphine added to the mix.

I imagined all the likes that I would get. All the feel betters. All the love.

And then I lowered my hand, and moved on to the newspaper.

Why? Isn’t Facebook all about sharing? I know this, I’m pretty comfortable with it. I post pictures when I’m at a party, I post my political opinions. I comment about my general status. I do some of all that on Twitter, too.

And when friends post about their health travails, I respond. I wish them well. Sometimes I’m surprised by the level of detail people reveal and yet I’ve never seen the meanness that pervades the Internet creep into those personal posts.

The comments are always kind and supportive, even heartwarming.

Maybe it’s something about friends on Facebook being well, “friends”—or at least people with real names and real connections, however tenuous. There’s a certain responsibility you bear to a friend, even if just in name.

Is it real, though? When someone I haven’t spoken with for 20 years (or maybe even ever) says, “Feel better!” yes, it’s nice. But how meaningful is it? Frankly, since most of us have more Facebook friends than offline friends, it’s a little jarring when someone posts something very serious. It’s certainly not wrong, however. I don’t even think it’s oversharing, and I always err on the side of oversharing. I am, after all, a journalist. Sharing is the name of the game.

But I didn’t want to share my health status. And I’ve been trying to figure out why.

I’m one of those people who believes privacy is dead and the best way to guard privacy is ironically, to reveal all—but reveal it in our own ways. We are all the owners of our own stories. Yep. We are the curators of our lives.

Remember when “curation” only referred to intellectuals who worked in fancy museums? Now, we are all curators. We curate our stories on Facebook, on Twitter, on blogs, in comments—everywhere.

Maybe that’s the point. Posting online is really not the same as hanging out with some friends and chatting. For a lot of us, it’s more like being at a business luncheon where we try to let our sparkling personalities shine, where we focus on holding our soup spoons correctly and, for God’s sake, not slurping.

What we post is real (well, it is for me, anyhow). But we don’t just post anything (unless we’ve made the mistake of drunk tweeting our junk).

In other words, it’s an act. It’s not pretend acting, per se. We are just presenting our best selves, right? We’re curating our presence. We are actors upon a stage of our own making.

So maybe this is the reason. It seemed like just the wrong thing to post. I didn’t want to be acting, to be performing the act of being sick. I was just…sick.

Or maybe it’s this: full of morphine and pathos (I’m fine now by the way) I wanted something more than Facebook could offer. I wanted true human contact, plain and simple. As good and real as Facebook can be, as many friends are sincere and loving and caring, it still is a place that we experience through glass and plastic and metal. It’s mediated interaction, mediated contact. It is a mind game. Unfortunately, my Facebook friends couldn’t come sit by my bed and hold my hand.

Janet Kornblum is a freelance writer and media trainer. In her off time, she checks out the local hospitals, some of which have amazing views. If you email her, she’ll probably email back.