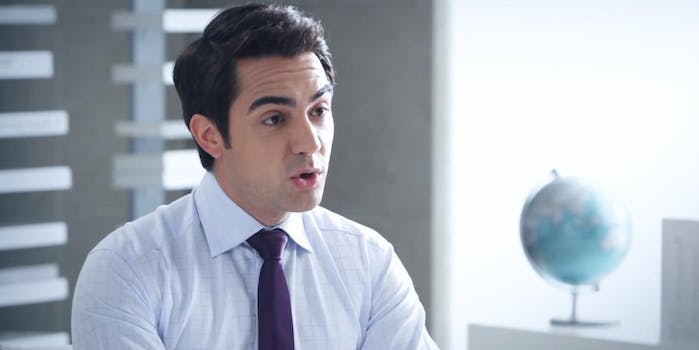 Actor explains on Reddit why this Samsung commercial stinks

“It’s almost like aliens pretending to be human,” one user commented. “It’s like they said, ‘I want you to not act like a normal human being,’” added another.

In the Samsung commercial featuring who Reddit dubbed “possibly the world’s worst actors,” two men and a woman gawk over the 840 EVO solid state hard drive and feign excitement over how small it is.

There’s a reason it looks so awkward, and one of the Korean actors in the ad took to Reddit to share some behind-the-scenes info. Under his year-old Reddit account, Damienf1, the actor explained how no matter how hard he tried to breathe life into the writing, the producers wouldn’t budge.

They ask us to exaggerate since many Korean people feel thats how we ‘naturally’ act (most people here are not very expressive). the script is brutal. written by non-native english speakers, and sometimes the PD or director won’t even take our suggestions to change some parts so they sound like something a normal native english speaker would say. [I]ts a promotional video, not a tv commercial, meaning it will be shown at conventions and expos and in-house. most of the people watching it are korean and thats why they make us do all of the above.

This comment sent Samsung off, who allegedly contacted the actor’s agency, threatening a lawsuit if the actor didn’t delete his comment. Damienf1 says he received a call at about 7:30am ET.

“The agency i did that job through called me and frantically asked me to delete all my comments on reddit since samsung was threatening them with legal action if i didnt,” he said. “[A]pparently they really want to suppress it, though i cant understand why. Streisand effect makes a lot of sense lol.”

Since explaining his side of the story, Reddit has expressed sympathy to Damienf1’s plight. He hopes to put what he called the “worst” promo he’s ever been in behind him.

“[E]ven i know that was not great acting, but as i said in the the comments, i was told to act in that manner,” Damienf1 added. “I’d love to try acting in something more real though. the commercials here are always the same.”