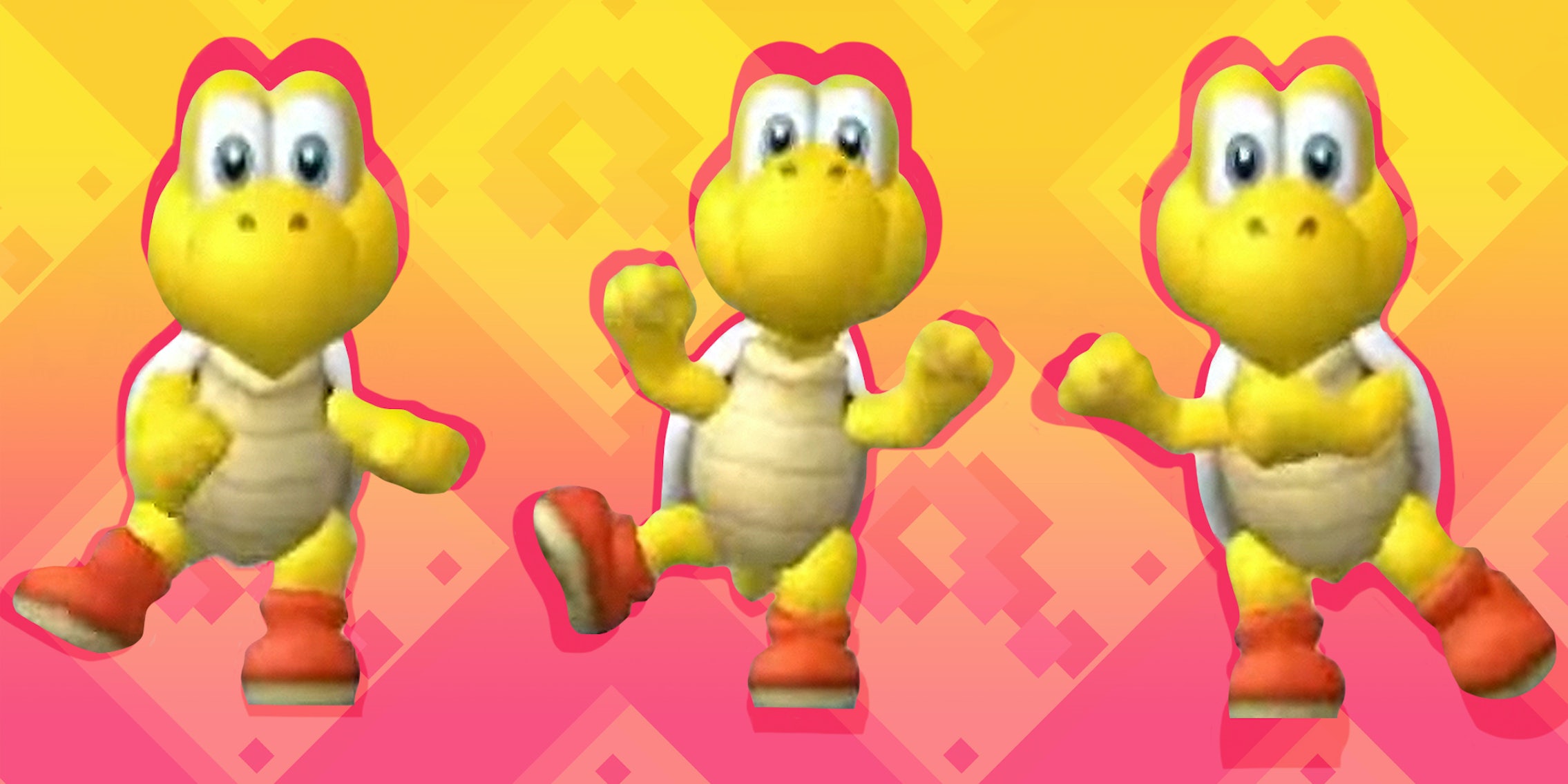 TikTokers are obsessed with the Koopa Troopa dance trend

One of Mario’s most famous, and abused, enemies went absolutely viral on the app.

TikTok birthed some of the largest stars, trends, and, of course, dances of the early 2020s. Many famous TikTok creators got their start riding the wave of viral trends, including the Renegade, Savage, the Box, and now the Koopa Shuffle. One of Mario’s most famous and abused enemies went absolutely viral on the app, inspiring a wave of quick dances and sketches from creators admiring the Koopa Troopa’s struggle.

It all started on Oct. 28, 2022, when a TikTok user (@koopatroopa_official) posted a 6-second clip from the remastered New Super Mario Bros. U on the Nintendo Switch. The gameplay shows two green-shelled turtles, known as Koopa Troopas, humbly walking along a moving platform. But when the background music throws in a subtle, but undeniably classic “Bah Bah” tone, the Koopas stop to do their signature hand shimmy. All that progress they just made on the moving platform is lost, and they are forever cursed to never reach the end of their level stroll.

For some reason, the clip resonated with the TikTok algorithm. Amassing over 20 million views, comments originally discussed the Koopa’s struggle, acknowledged the catchy beat, or just expressed fond nostalgia for the beloved video game character.

But in November 2022, the Koopa sensation reached another level. Some users took the Koopa Troopa’s struggle a little more seriously, evolving the identity of this species of Mario foe into an archetype of pain. In the game, the Koopa must shake their arms to the beat, regardless of the situation. It doesn’t matter if Mario is about to jump on its head or if it’s heard the song 1,000 times, it still must do that little arm shuffle.

Users started to imagine these turtles in different situations. Whether it’s a court hearing, a birth, or a college rejection letter the arms must shake. Animators have taken the ideas even further, showing these little guys screwing up surgeries, mourning loved ones, or going through a divorce. If something bad can happen, you bet a TikTok user has dreamt up a Koopa to go through it.

Other users have taken a more philosophical approach to the clip. One user (@eflatmaj7sharp11) amassed over 400,000 likes by comparing the Koopa’s struggle to the Greek myth of Sisyphus, who is forced to push a boulder up a hill for all of eternity, only to have it roll down the hill every time it reaches the top.

Since Nov. 12, over 40,000 videos have used the Koopa Troopa sound, though it’s unclear who first introduced this trend.

There’s something depressingly cathartic about an incredibly serious situation being interrupted by a happy dance and a smile. The Koopas themselves have little backstory in the Mario universe—they’re just another hitbox in an endless horde of green-shelled turtles being bossed around by Bowser, their fire-breathing tyrant. So why not imagine them as professionals and characters with real lives, even if they are just sadistic placeholders?

Since the sound is so short, we never need to portray, or even think about, what the aftermath of these videos might be. Unlike the rest of humanity that might be broke, divorced, miserable, or depressed, these Koopas can just shake their arms and get their respite, never to be seen again.

Passionfruit reached out to TikTok users @koopatroopa_official and @eflatmaj7sharp11 via TikTok comment.