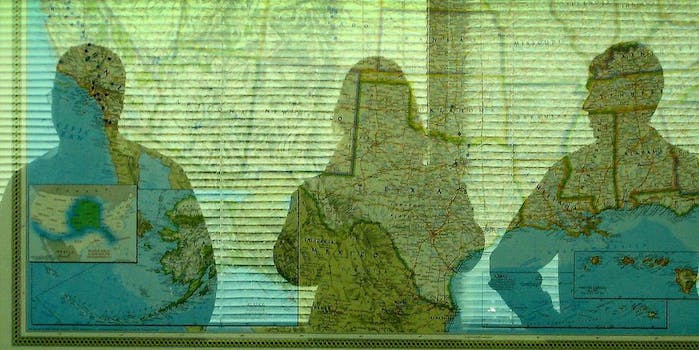 This app will make you hate your job even more

Don’t ask a question you don’t want to know the answer to.

As a wee young thing, my father taught me many valuable lessons about life—revenge is a dish best served cold, never piss on Superman’s cape, avoid incurring the wrath of librarians at all costs, and don’t ask a question you don’t want to know the answer to.

New app Knozen appears to be flying in flagrant opposition to that last piece of advice—and possibly numbers one and three, too, depending on where you work. (We’ll leave Superman out of it, for now.) The app allows co-workers to anonymously rate each other, joining a long and sordid online tradition of ostensibly anonymous or pseudonymous reviews that inevitably end in tears and recrimination.

The sheer level of vitriol Internet commenters can muster is elevated to an art form in anonymous reviews, where people go all in whether they’re trashing a vacuum cleaner or complaining because their order shipped a day later than expected. Businesses race around trying to repair the damage, and entirely new services have arisen promising to scrub bad reputations, mollify angry customers, and help companies navigate the brave new world of online reviews, social media, and one-click satisfaction.

Knozen, however, is a people-rating enterprise, which makes it all the more terrifying. The premise is that it will allow co-workers to “create a crowdsourced personality profile,” initially allowing employees to rate each other within the context of their own firms, but ultimately expanding into use as a recruitment tool. It sounds a whole lot like a can of worms that companies might be better off returning to sender, and employees should definitely think twice before participating.

After all, are these questions you really want answered?

How will these questions be used? The app’s designers posit it as a fun little social network, as though employees are going to enjoy competitively wandering around the office trying to rack up positive “more likely” points and avoid being dinged on those pesky work ethic questions, because being branded as the lazy co-worker is definitely going to come up at salary review time.

But it also has obvious implications for employee reviews, which raises some serious ethical questions. While anonymous or pseudonymous information can be tremendously helpful for reviews in order to get honest, unfiltered opinions, this might be just anonymous enough to open the door to potentially dangerous situations—spite reviews, for example, that are harder to identify and weed out because of the short, simple, instantaneous nature of the app.

Someone on a vendetta against one or more co-workers could easily make a point of rating them poorly, or, conversely, of rating someone unreasonably highly to create a falsely positive impression. This might make the information from the app unstable at best and invalid at worst, because the app doesn’t have a function for differentiating between different kinds of reviews and their validity. With more long-form, thoughtful anonymous reviews (or reviews collected by neutral third parties who compile them into anonymous reports), it’s easier to differentiate between true and false negatives, or positives.

There’s also the concern that companies may pressure employees to participate, as with other office activities that read more like sociological experiments. Employees who feel uncomfortable with the app and are forced into using it may become even more so when encountering harsh ratings—thus putting socially awkward and shy employees who may be very good at their work at a disadvantage.

What about the app’s use as a recruitment tool? If users are being compelled to use it, and their data can be pulled by recruiters or potential employers (upon applying for jobs at other companies), this also raises ethical issues. For employers, the ability to instantly get a vast quantity of information about someone’s personality and working style seems appealing, but is the app measuring what it purports to measure?

Employees may be struggling in a hostile workplace, for example, in which case they may have negative reviews for entirely unjust reasons. A woman who filed a sexual harassment complaint could be labeled by coworkers as unfriendly, cold, and lacking in that certain joie de vivre expected at so many companies, especially tech firms like those that would be most likely to use this app. An employee of color, meanwhile, could be disadvantaged by unconscious and consciously poor ratings related to race relations in the workplace.

While Knozen pledges to focus primarily on positive personality traits, some of the questions are quite loaded, and their implications are significant for employees, supervisors, and companies at large. Do we really want workplace relations reduced to a game of Hot or Not played on smartphones across the office?