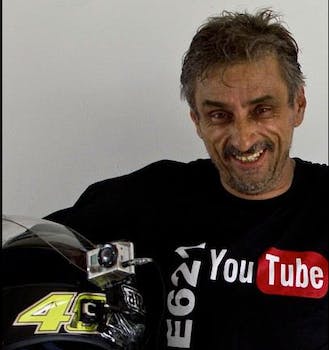 A popular Brazilian YouTuber faces manslaughter charges after a Jan. 28 incident with his Fiat Strada has left one man dead.

A popular Brazilian YouTuber faces manslaughter charges after a Jan. 28 incident with his Fiat Strada has left one man dead.

Kleber Atalla, whose high-speed motorcycle videos has helped his kle621 YouTube channel accrue more than 163,000 subscribers and 33.5 million views since April 2011, has been charged in the death of 53-year-old Antonio Farias de Costa.

The accident occurred in Atalla’s hometown of São Paulo during a rainy afternoon on the town’s Avenida Duque de Caxias. Surveillance video hosted on G1’s website shows that Farias de Costa was crossing the street at a time of decent traffic, though the area has no signs prohibiting pedestrians from crossing, meaning that the 53-year-old had the right of way, according to Brazilian traffic laws.

Atalla has been remorseful about Farias de Costa’s death but continues to maintain his innocence. His lawyer, São Paulo’s Luiz Carloz Aguiar, has tried to frame any pretrial arguments around the notion that Farias de Costa was acting in negligence.

“In an expressway with rain, at 1:30 in the afternoon, the pedestrian should have been more prudent,” he offered.

Atalla and his attorney will attempt to convince the court that Atalla was driving the speed limit and acting in accordance with local traffic laws, but he may be up against a damming track record. After all, the man has made his money speeding rather recklessly through Brazilian streets.