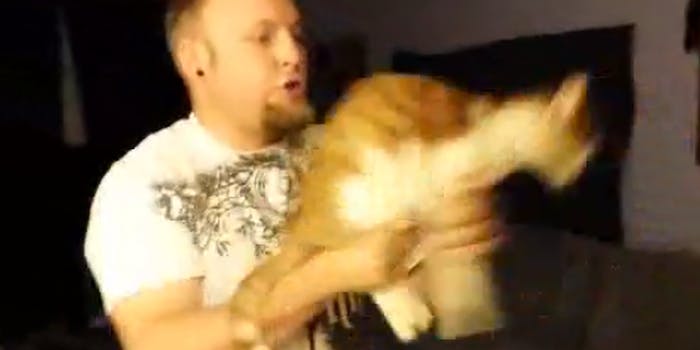 This cat is a machine gun

This is borderline animal abuse. Animal misuse, maybe? Either way, am I a bad person for watching it over and over again?

Chris Greenough has four hashtags for his Vine masterpiece: #kittymachinegun, #pissedoffkitty, #cat, and #kitty. No title is necessary. See, this vine is really all you need to know about cats and how little they give a scratch about anything. You can grab them by the legs and go all-out Rambo, like Mr. Greenough did, and all they’ll utter is a displeased me-a-a-a-a-o-o-o-o-w.