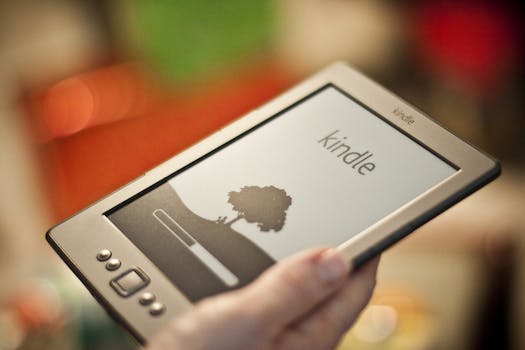 Her story is a stark reminder that we don't own Kindle books, we merely license them from Amazon.

Amazon’s Digital Rights Management (DRM) policies are now in the spotlight after a woman claimed that Amazon closed her account and wiped her Kindle clean without warning.

Tech blogger Martin Bekkelund first brought the situation to light on his blog, when his friend Linn came to him frustrated. Linn, who lives in Norway (which does not have its own Amazon branch) and had been purchasing eBooks through the American website, wasn’t able to access her account and every Kindle book she had purchased had disappeared.

Linn tried to reach out to Amazon to find out what happened, and soon received a reply from Michael Murphy, who, according to email correspondence posted on Bekkelund’s blog, works in Executive Customer Relations for Amazon.co.uk.

“We have found your account is directly related to another which has been previously closed for abuse of our policies,” Murphy wrote to Linn. “As such, your Amazon.co.uk account has been closed and any open orders have been cancelled.”

According to Bekkelund, Linn had no other Amazon accounts and looked for further clarification on what Murphy meant and what terms she had violated, but she received three additional (and similar) emails that did not provide many answers; Murphy could not offer any insight on Linn’s situation.

“If the retailer, in this case, Amazon, thinks you’re a crook, they will throw you out and take away everything that you bought,” Bekkelund wrote. “And if you disagree, you’re totally outlawed. Not only is your account closed, all your books that you paid for are gone. With DRM, you don’t buy and own books, you merely rent them for as long as the retailer finds it convenient.”

Some say they’ve changed their minds about purchasing a Kindle after hearing Linn’s story, and one person compared Amazon’s handling of the situation to an incident where PayPal ordered a customer to destroy a violin on suspicion that it was a counterfeit.

This isn’t the first time Amazon has come under fire for its DRM policies. In 2009, the company remotely deleted digital copies of George Orwell’s 1984 and Animal Farm from the Kindles of customers who had already purchased copies. Amazon CEO Jeff Bezos later apologized for the incident.

“I spoke with Linn and she told me Amazon did NOT wipe her Kindle; it was already broken,” Phipps tweeted. “But she’s lost about 60 books.”

“Account status should not affect any customer’s ability to access their library,” Amazon representative Kinley Pearsall wrote. “If any customer has trouble accessing their content, he or she should contact customer service for help.”