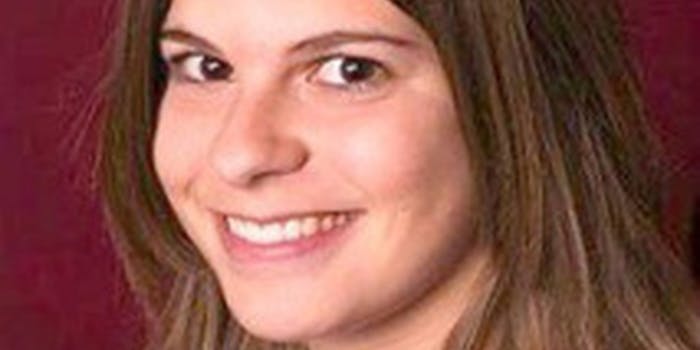 On Thursday, Jan. 17, Kim Suozzi, who suffered from terminal brain cancer, was declared legally dead at a hospice in Scottsdale, Arizona. Here is what probably happened next.

On Thursday, Jan. 17, Kim Suozzi, who suffered from terminal brain cancer, was declared legally dead at a hospice in Scottsdale, Arizona. Here is what probably happened next:

A team of physicians moved into Suozzi’s room and doused her body in an ice-water bath. They jump-started her lungs and heart with a “thumper,” a device that sits on the chest and uses compressed air to perform non-stop CPR. After a short trip to the Alcor Life Extension Foundation Headquarters, the physicians pumped freezing chemicals through Suozzi’s circulatory system, replacing blood with a liquid chemical concoction set at 0 degrees celsius. Her body and brain now vitrified–frozen without the presence of ice crystals—Suozzi’s body was placed in a chamber where fans constantly circulated nitrogen gas across her at a temperature of -125 degrees.

Over the next two weeks, that temperature will drop to -196 degrees celsius, at which point Suozzi’s body will be moved to a metal tank of liquid nitrogen.

Suozzi is being cryonically frozen. If she wakes up well-thawed, alive, and healthy a century from now, she’ll have Reddit to thank.

Suozzi’s trip to the nitrogen tanks at Alcor began with a post on the social news site last June. A college student studying neuroscience, Suozzi suffered from Glioblastoma multiforme, a highly aggressive type of brain cancer, and she wanted redditors to toss out suggestions about what she should do before she died. One of those suggestions was cryonic preservation, an idea that stuck.

Suozzi returned to the r/atheism subreddit in August with a request for help. She had decided that she’d take a gamble with cryonic preservation. But she needed help with the $35,000 bill.

Redditors reacted with a predictable mix of support and skepticism. Maybe it was all scam? Some wondered. Others questioned the scientific viability of cryonics—something that troubled Suozzi as well.

“I’m sure many people are doubtful that preservation is plausible with cryonics,” she wrote. “I’m far from convinced, but I would rather take the chance with preservation than rot in the ground or get cremated.”

Over time the donations started piling up. After a week, she’d collected $7,000 and attracted the attention of people from around the world, including Ray Kurzweil, Google’s director of engineering and perhaps the world’s most prominent advocate of transhumanism and futurism.

It wasn’t long until a group called the Society for Venturism, a cryonics advocacy organization, stepped in. The Arizona-based group, which has successfully “preserved” two individuals over the past decade, launched its own fundraiser for Suozzi, and soon, thanks to the support of the futurism community, Reddit, and the Internet at large, she met her fundraising goal.

Here is the group’s statement on her death, or “deanimation,” as they phrase it:

Kim Suozzi reportedly deanimated in a hospice in Scottsdale, AZ, and went into cryosuspension at the Alcor Life Extension Foundation on January 17, 2013, funded mainly by the donations many people have made to the Society for Venturism.

On behalf of Miss Suozzi, we wish to thank you for your compassion and generosity.May science speed you, Miss Suozzi. We look forward to having you alive and whole amongst us again, no matter how long it takes.

Any leftover funds from Suozzi’s drive will be passed on to another cryonics candidate. In this case, the Society for Venturism’s next drive will support Aaron Winborn, a 45-year-old father of two who suffers from Lou Gehrig’s disease.

“It is not that I am afraid of death,” Winborn wrote in a letter published to the Society’s website. “To the contrary, I strongly believe that I am not afraid to die. Rather, I am saddened by the prospect.”

He continued: “I look forward to a day when, even if we have not cured all diseases, at least we have tackled this, the living nightmare that no one should have to endure.”

Photo via the Society for Venturism