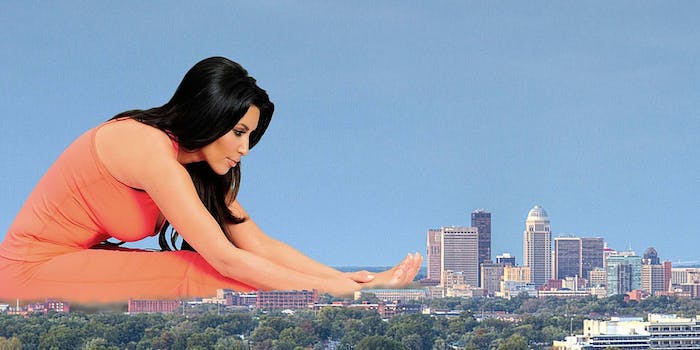 She's wise beyond her years.

A young girl gave quite the smack-talk stump speech to her dad when he revealed that his celebrity crush was Kim Kardashian.

Kardashian’s multifaceted media success hasn’t put an end to heaps of criticism for being a poor role model for young women. UFC fighter Ronda Rousey recently said, “You know what, I would beat the crap out of Kim Kardashian, actually. Any girl who is famous and idolized because she made a sex video with some guy and that’s all that you’re known for, ‘Oh, I got my fame for sucking dick,’ I think it’s pretty stupid. Sorry, but it’s true.”

Kardashian’s critics will love hearing the young girl in this video playfully mock her father and go after Kardashian at the same time. Here’s the meat of her argument against Kardashian’s shallow-yet-deep fame:

The only reason she’s famous is because of her plastic surgery. And excuse me, but every single photo shoot you go to, you don’t have clothes on. Why are you famous for that? I dunno. Maybe when you die you wear diapers, but seriously, when you have a life on this world and earth, I don’t think you should be showing your parts to people because that is just personal, okay? If Barack Obama knows who you are, which I’m pretty sure he does, he should make you illegal. Because it is not legal to show yourself off to people around the world, okay? Thank you.

The video ends with her father playfully addressing Kardashian: “Kim, I gotta cut you off. That’s it.”

Photo via Chevywoodstgod/Flickr (CC BY 2.0)