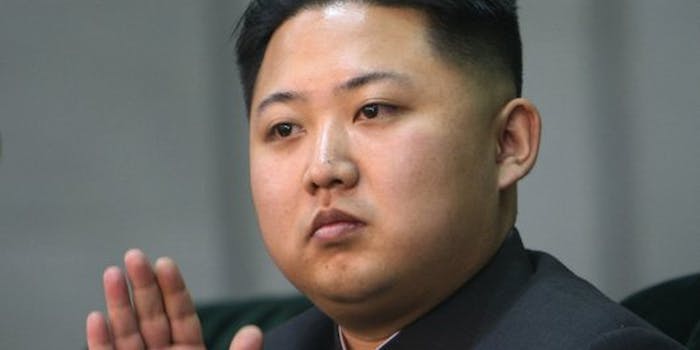 The forum pranksters at 4chan's /b/ want to do for North Korea's leader what they did for 4chan founder Chris "Moot" Poole in 2009.

For the second time in the last three years, 4chan’s most notorious imageboard is harnessing the power of the hivemind to manipulate Time Magazine’s Person of the Year.

Almost immediately after Time opened the poll up to public votes Monday, a thread appeared on 4chan’s /b/ imageboard—a random forum where people regularly post violent and sexual content—encouraging the community to vote for the 29-year-old North Korean leader, reported NYHETER24, a Swedish news organization.

“Please, can not we do our noble leader Kim Jong-un to Times Person of the Year 2012?” one anonymous user wrote.

Since then, other threads have sprouted up, encouraging users to make Kim number one.

“[L]et’s go go go,” one user wrote Tuesday morning. “[A]nd you don’t need vpn or anything like that, it’s not ip protected so you can just use the incognito/inprivate/private feature of your browser and keep oppening new tabs with that link.”

In 2009, 4chan pulled off a similar feat when helped its creator, Christopher “moot” Poole, top Time’s prestigious list. Since then, 4chan has gamed public votes for a new Mountain Dew flavor and a competition to have Taylor Swift perform at a school for free. The school 4chan decided to back was Boston’s Horace Mann School for the Deaf and Hard of Hearing, one of the oldest public schools of its kind in the county. The school was ultimately disqualified due to the way it received votes, but still received some pretty sweet prizes.

Swift herself made a personal donation to the school of $10,000, which was matched by the sponsors, as well as American Greetings and Cover Girl. Plus, VH1’s Save the Music program donated a fifth $10,000 gift in order to buy musical instruments for Horace Mann students.

Kim was recently named the Sexiest Man Alive by satirical news site The Onion, in an article that China’s Communist Party newspaper, the People’s Daily, apparently took seriously. If 4chan has its way, Kim will be adding Person of the Year to the list of accolades very soon.