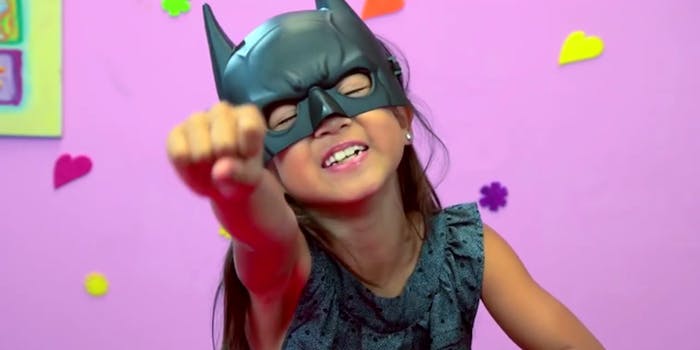 These kids had mixed reactions to the manners-obsessed Vine superhero.

There’s been much ado about Batkid in the last few weeks, but before the heartwarming story of Miles Scott, there was his spiritual forefather, BatDad, a.k.a. Blake Wilson.

Wilson’s medium is Vine, and the Georgia father’s six-second clips are heavy on teaching his children manners (while sounding extra dramatic, of course). So what do kids think of his parenting skills?

The Fine Bros. played them some vines to find out. And the responses were mixed:

“He’s bossing them around, but that’s supposed to be the mom’s job.”

“It’s funny how anti-climactic it is.”

That last kid is a critic in the making. The consensus reached is that BatDad is probably a good father, but most of the kids had a problem with him waking up his kids by vining them. Totally reasonable.

They then ask the kids if they know about Vine, and whether the six-second format is good or bad. One boy says he wants to “take a long photo of an emperor penguin. If it’s only for six seconds, I’ll never be able to film how it eats.”

Screengrab via the Fine Bros/YouTube