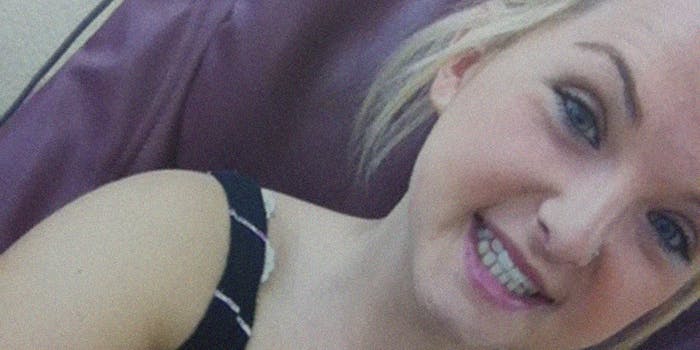 Despite the site's reputation for teen bullying, the Ask.fm community was supportive of 16-year-old Hannah Anderson.

After nearly a week of being held in captivity, 16-year-old Hannah Anderson did what any normal teenager would do once she was free. She shared her story on social media.

Anderson was saved on Saturday after being trapped for six days in the home of James Lee DiMaggio, 40, a family friend.

“He told us he was losing his house because of money issues so we went up there one last time to support him, and to have fun riding go karts up there but he tricked us,” Anderson wrote on question-and-answer site Ask.fm two days after she was rescued.

Also captured at gunpoint along with Anderson on Aug. 4 were her mother, Christina, and her 8-year-old brother. They were held in DiMaggio’s garage in Boulevard, Calif., where they later died in a fire. Anderson only found out about their deaths after the FBI rescued her.

“I wish I could go back in time and risk my life to try and save theirs,” she wrote on Ask.fm. “I will never forgive myself for not trying harder to save them.”

DiMaggio was killed by the FBI over the weekend, and Anderson stated “he deserved what he got.”

Over the past six months, seven teenagers have committed suicide after being bullied relentlessly on Ask.fm. The teens include Ciara Pugsley, Erin Gallagher, Jessica Laney, Joshua Unsworth, Shannon Gallagher, Anthony Stubbs, and most recently, Hannah Smith. Smith was found hanging in her Lutterworth, Leicestershire, home on Aug. 2 after anonymous users tormented her with messages like “every1 will be happy if u died,” “drink bleach,” and “go die.”

For Anderson, the Ask.fm community has been nothing but positive:

“It shocked me so much,” Anderson wrote. “It’s crazy to see how many people care about me.”

UPDATE: Anderson has apparently disabled her Ask.fm account after answering hundreds of questions. Her maternal grandparents confirmed to NBC News that the account did belong to her.

H/T The Guardian | Photo via Ask.fm