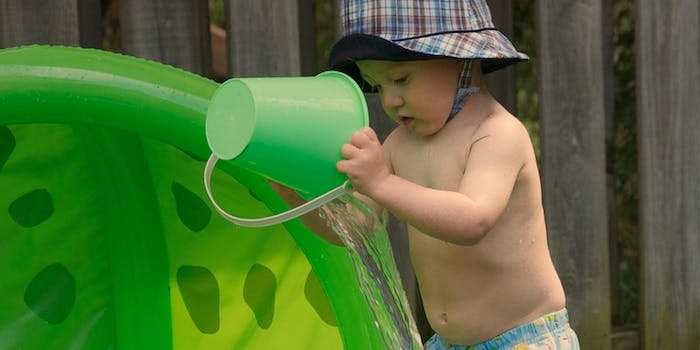 Revenge is a dish—or a bucket of water—best served cold.

If there were ever a clip to fully sum up Mondays, this would be a top contender.

Enacting revenge usually takes lots of time and planning to be executed properly, but for one toddler, who is abruptly bested by what looks like an older relative or family friend, impulse seems to be the key.

He has a bucket in his hand and a small pool full of water within walking distance. You can hear the wheels turning in his head.

But that doesn’t mean that watching his plan play out is any less entertaining.