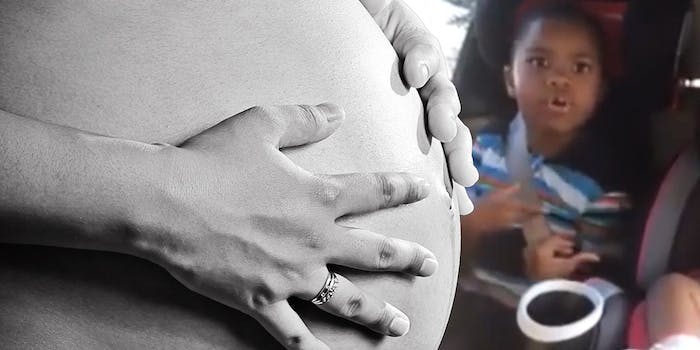 "Why you wanna get another baby and replace one of your babies? That's too much."

It’s certainly not the first time a woman has been chastised for getting pregnant—but what makes this video a little more unique is that the frustration comes from her own toddler.

Despite clearly being not being older than 4 (at most), Trey has a seriously impressive vocabulary. “This is exasperating,” he exclaims. “This makes no sense.”

The mom ain’t budging, though: Trey’s complaints over crying is met with a blunt “You just gotta get used to it.”

“Okay,” he sullenly responds. “And buy me some earplugs too.”