It’s no secret that children can be cruel. But there’s nothing quite as savage as a child who bans his own mother from bedtime.

In a post to the /funny subReddit, redditor leability shares a note from her cousin’s son, Owen. Owen’s mad at his mommy, and he’ll be tucking his own self in tonight, thank you. 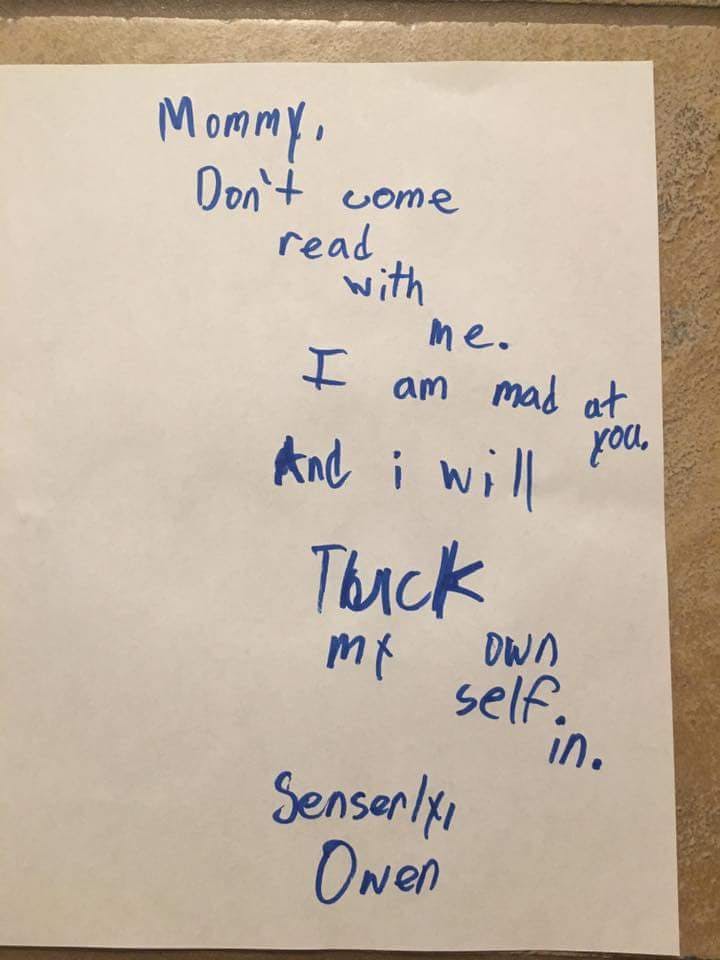 According to the comments, Owen isn’t the only child with a heart of ice.

But according to other commenters, two can play that game.

Yep, moms can be harsh, too.

Heck, one parent even gives a step-by-step manual to scaring your would-be runaway.

And this commenter confirms that even grandmas get in on the action.