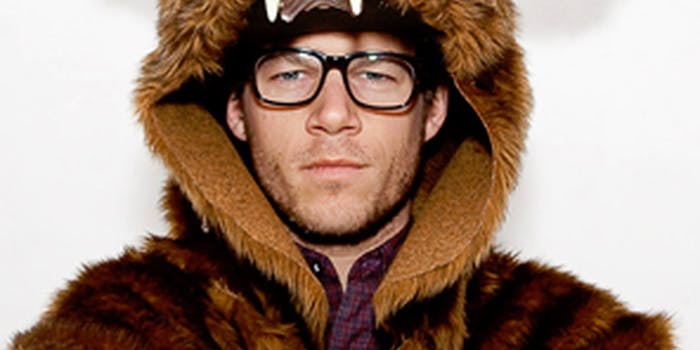 "It's not a costume; it's a lifestyle," according to the creators of this questionable fashion trend.

Last Halloween, brothers Hans and Karl Reichstetter fashioned their first Griz Coats—body-length jackets made out of faux bear fur and designed with authenticity in mind.

“We weren’t going for the cartoonish look,” the brothers wrote. “We wanted to look like we were actually donning a grizzly bear.”

They hired a professional costume designer, figured out what would make for the best claws, and found the perfect foam interior to act as the bear-head hood.

The costumes were an even bigger hit than Workaholics; everybody wanted one. So many, in fact, that the brothers Reichstetter decided that the jackets were worth making available to public. Naturally, the two turned to Kickstarter.

“We’ve done all the necessary legwork, and our only roadblock is that the materials and manufacturing are expensive. This is why we can’t do things the traditional way (i.e. front all the money, make a bunch of coats, and hope people want them), and why we need the Kickstarter community to step up. So we’ll be using the funds to buy materials to get Griz Coats manufactured for anyone who wants one.”

The brothers attest that standard grizzly bear coats—like the ones Native Americans wore in your history textbooks—will often cost more than $2,000. They’re offering their design for a mere $200.

Maybe that’s why their Griz Coat Kickstarter has already quadrupled its intended $2,500 goal.