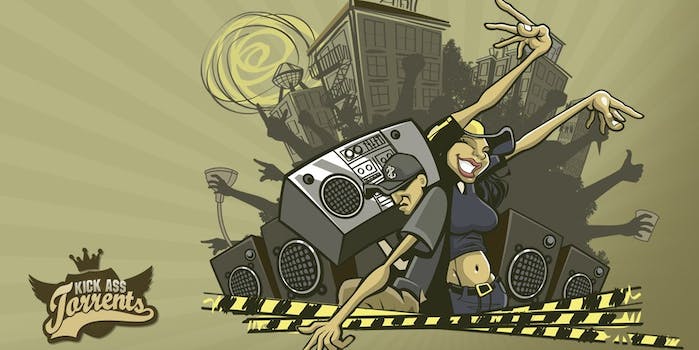 Another BitTorrent site has bitten the dust—albeit momentarily.

Yesterday the torrent site ran into trouble with its KAT.ph domain, and there were signs suggesting the domain was no longer in control of the original owners. Over the past few hours more details have emerged, and the Government of the Philippines has now confirmed that the domain name has been seized on copyright grounds.

The move was ostensibly to protect Filipino artists, though how much influence U.S. entertainment companies exerted in this case is unclear. The language of the complaint against KAT.ph was also curious:

“The complaint alleges that the registrant of KAT.ph is violating intellectual property rights by making copyrighted music available for download to its users,” the dotPH registry informed TorrentFreak.

One imagines they meant to insert the words “for free” or “pirate” somewhere in there.

KickassTorrents, for its part, hasn’t blinked, almost instantly moving to a new domain registered in the tiny South Pacific archipelago nation of Tonga.

Digital file-sharers may eventually run out of exotic places for domain relocation, but for now there seems to be no shortage. Moreover, legal action like this doesn’t account for non-torrent services like Mediafire or Dropbox, which can be used to traffic pirated content without a central, plainly illegal hub.

In other words, you can knock over an anthill, but don’t be surprised if the ants take it in stride.