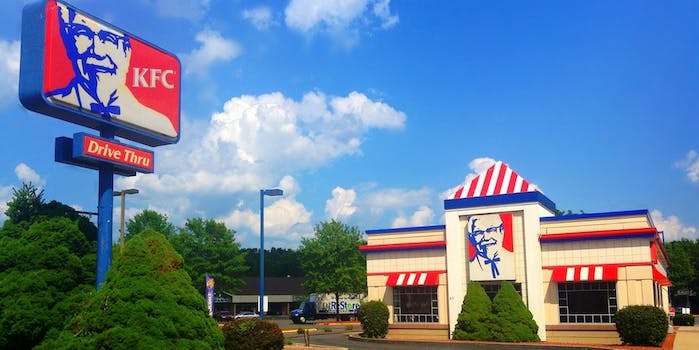 It's now gone—but not forgotten.

Sex sells, but too much smut can easily overshadow the spicy chicken you’re advertising.

On Thursday evening, KFC Australia set Twitter on fire with its NSFW ad campaign for what we’re guessing is an upcoming menu item. In the picture, a man’s crotch area was blurred out, while a lady compadre seemed tantalized by whatever was behind the pixels, apparently doing some handiwork with it. The ad has since been deleted, but here it is: 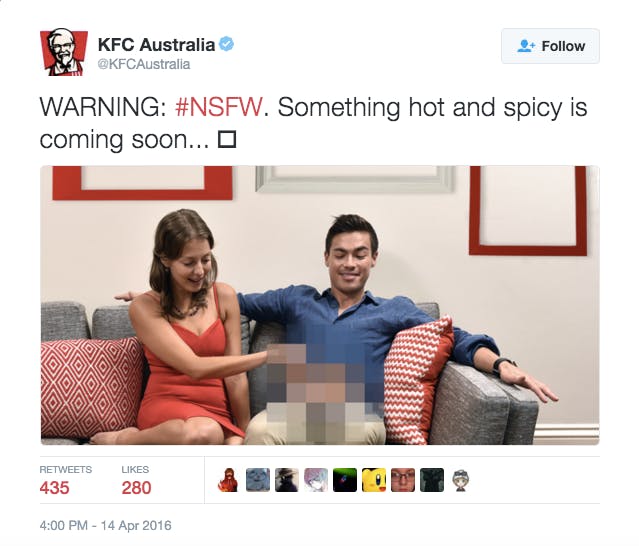 Now, it could very well just be some hot and spicy chicken sitting in this man’s map. Maybe they’re both astounded by this potent poultry’s flavor. But KFC was obviously going for innuendo here.

Some people on Twitter appreciated the joke, while others were screaming “delete this!” 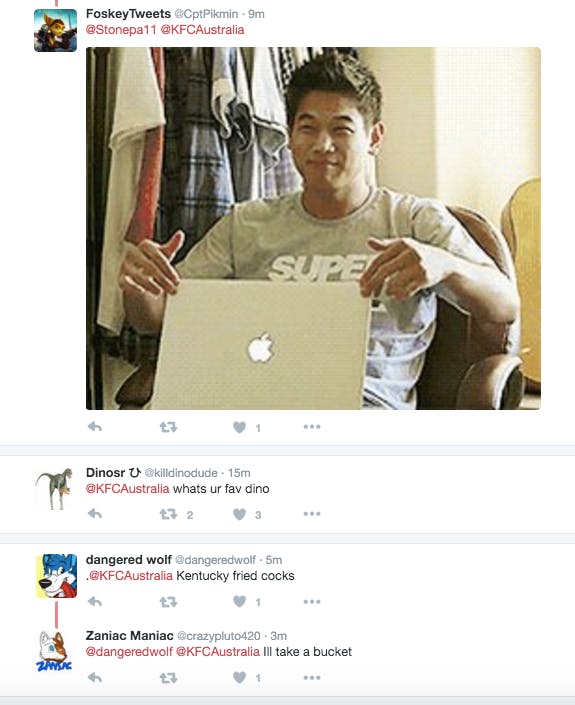 KFC Australia posted an apology after scrubbing the tweet from their timeline. But some people are wishing they had left it up.

We are very sorry for our earlier tweet on H&S – we didn’t mean to offend and removed it when we realised we’d made an error in judgment.

@KFCAustralia it was fire don't take it down smfh

@KFCAustralia come on mate it was funny

Ideally all this fuss will fade out soon and we can focus on the truly important thing: deep-fried spicy chicken.