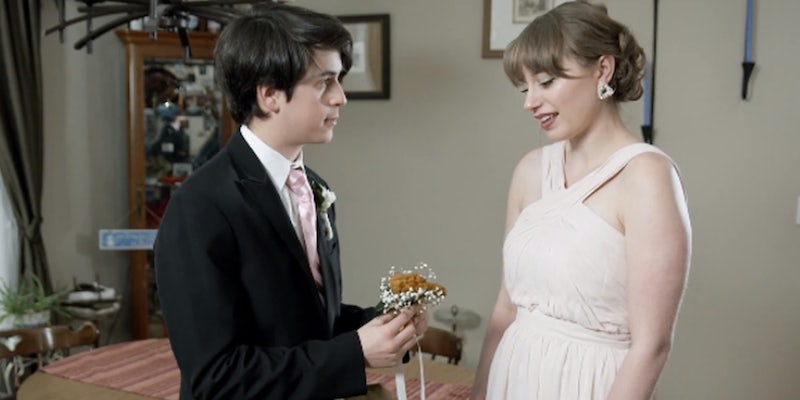 KFC is selling a chicken corsage for prom

It’s prom season, and while some high schoolers are asking Netflix to the big dance, KFC has found another way to score a date (and use a sweet hashtag): A chicken corsage.

Were KFC execs stoned when they approved this crispy bit of marketing? Hopefully! As the commercial for this classy $20 bouquet attests, the ladies go nuts for this thing. Girls are actually getting promposals with chicken wings:

So this happened yesterday.. Got a #promposal with a chicken wing! Best thing ever. Thanks @kfc ! #PutAWingOnIt pic.twitter.com/VJaBiMLJXv

Thank you @kfc for asking me to prom with a chicken corsage. #putawingonit pic.twitter.com/2ozjt2K0Fl

But there are only 100 available, so you’ve got to act fast. A note from the real Louisville, Ky., florist that really sells these things: