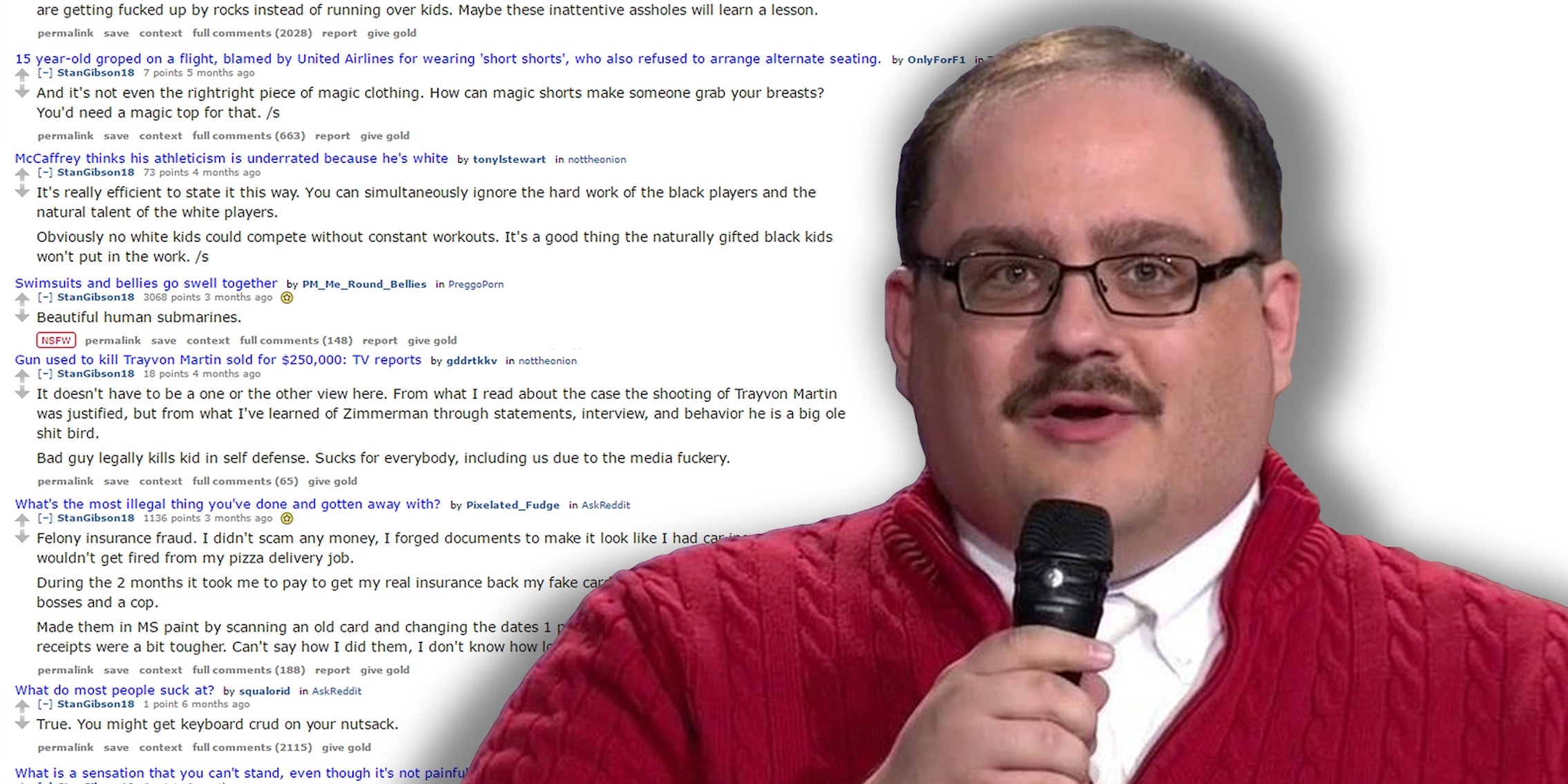 Over the past week, the internet has latched onto Ken Bone, the undecided voter turned instant meme after his appearance became a beacon of hope during an intimidation-filled presidential debate. Now he’s losing the room as his internet history surfaces.

It came to a head when Bone went on Reddit for an AMA to answer questions about his pre- and post-meme life late Thursday. The Q&A revealed some controversial opinions about Trayvon Martin, Jennifer Lawrence, and Gawker.

@ArianaGrande You're a great positive role model for young girls and a big time talent,never let some image maker or muck raker take that!

But people began to lose their patience with Bone. Some didn’t understand how Bone could still be undecided about the debate, or they weren’t thrilled with Bone’s capitalistic efforts, which included selling his own T-shirts and an Uber tweet that might’ve been illegal.

The AMA in and of itself was uneventful. But instead of creating a Reddit account for the AMA, he used StanGibson18, which he’s used since August 2015.

Some of it is delightfully boring. Bone frequented default subreddits such as AskReddit, movies, and TwoXChromosomes; he watches Dragon Ball Z, Game of Thrones, and Fear the Walking Dead. He even stated his political leanings in a post from two months ago, which are pretty similar to what he’s been saying nowadays.

“I am a pretty conservative guy (in fiscal policy anyway, do what you want with your own body), but I like Obama,” he wrote. “You don’t have to agree politically [with] someone to acknowledge that they seem like a good dude, right? [Cue hate from ultra right wing friends and family]”

Four months ago, Bone commented on a post about George Zimmerman trying to sell the gun he used to kill Trayvon Martin years after a jury found him not guilty. Bone was conflicted: He thinks that Zimmerman was “justified” in killing Martin, but also that Zimmerman is a “big ole shit bird.”

He also doesn’t appear to be a fan of Gawker, noting that there’s “plenty of hope that they are done” after the media company filed for bankruptcy.

And there was the one time Bone casually admitted to committing felony insurance fraud in an AskReddit thread three months ago, although he was mum on just how he did it in case he could still be charged for it.

It might look like an average Reddit user’s comments history—only everyone else’s isn’t being scrutinized in the face of his sudden fame. But an important lesson: Even your memes can disappoint you.