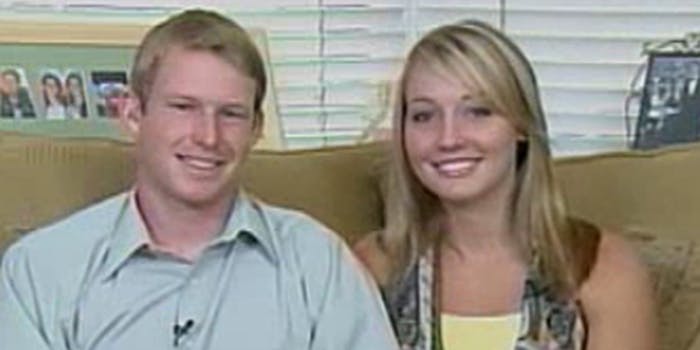 Same-name couple who met on Facebook divorcing after 3 years

The couple who met on Facebook because they had the same name are ending their three-year marriage. They made headlines in 2009 for marrying after the female Hildebrandt searched her name and found her male counterpart living in Texas.

“How do they term it at the courthouse? Irreconcilable differences, that is what I would say,” Hildebrandt said to WTVJ-TV. “We gave it our best shot.”

The pair separated last March when “male Kelly” decided to move back to Lubbock, Texas. He returned to South Florida, where “female Kelly” lives, to finalize the divorce last week. He said they didn’t have any “hard feelings” against each other.

“She’s a Florida girl, and I’m a Texas guy,” he said. “We really did come from pretty different worlds.”

The relationship started when female Kelly messaged male Kelly gawking about having the same name. It escalated when male Kelly proposed to her by hiding a diamond ring on the beach. They married less than year after meeting each other in South Florida.

“He is just everything that I’ve ever looked for,” said female Kelly at the time. “There’s always been certain qualities that a guy has to have. And he has all the ones I could think of – and more.”

She’s now being more tight-lipped. When reached for comment by the NBC affiliate, female Kelly’s mother released this statement: “Yes, I am sorry to say they have separated. I am happy to say they have remained good friends and are both doing well.”

He said he wouldn’t marry someone solely based on having the same name again.

“I wouldn’t want my future spouse to have to deal with everything from before,” he said. “That wouldn’t be a fair situation, given the media coverage.”