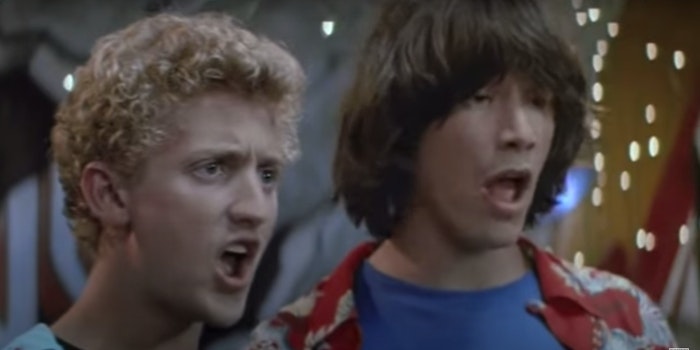 A recent interview with Keanu Reeves has fans of the Bill & Ted franchise scratching their heads.