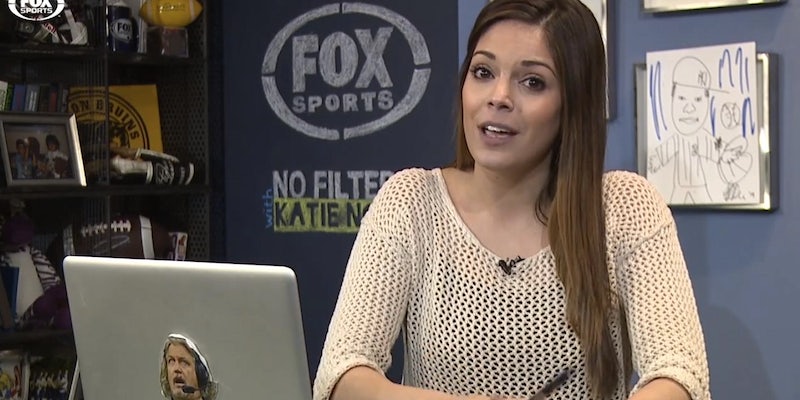 Kill them with kindness, or at the very lease disarm them.

You catch more flies with honey, and so Fox Sports YouTuber Katie Nolan has decided to sweeten her responses to hurtful comments instead of lashing out this holiday.

The host decided to take a page from NFL quarterback Andrew Luck, who disarms linemen with the most polite trash talk in the game. According to a Wall Street Journal report, Luck sincerely congratulates any linebacker who manages to get a hit on him in games. His opponents report being perplexed by his genuine enthusiasm, making his attitude a potentially brilliant strategy to throw off other teams (Luck didn’t comment). So, when faced with a spate of negative comments over the year on her videos, Nolan decided to come back with a little positivity.

As a woman in a male-dominated industry, it’s no surprise that Nolan gets hateful comments on her No Filter show, especially since this year it’s become more evident that YouTube has issues for female creators. If more women are like Nolan and speak out directly to their attackers in such a disarming way, perhaps we can turn the tides.

Our favorite quip? To a commenter who says, “you still my favorite whore katie,” Nolan replies, “You know, there are a lot of whores out there. I really appreciate the honor.”