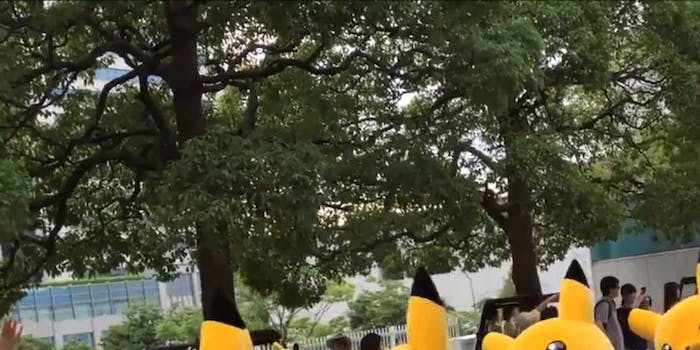 It's the sexism, stupid.

If you’ve been following the news over the past few days, you’ve probably heard about recent social experiment from Karl Stefanovic. After witnessing the constant nitpicking and harassment experienced by his female co-host, Lisa Wilkinson, the Australian TV personality decided to test how both the network and ordinary viewers would react if he wore the same suit every day (with a handful of necessary exceptions) for a full year.

There was no reaction.

The Internet is largely praising Stefanovic’s experiment—and rightly so. “It’s obviously no secret that there is a huge gender gap (in general but also) in how we respond to what celebrities wear,” wrote Isha Aran in Jezebel. “Women’s appearances are always subject to critique while men’s wardrobes are hardly judged in comparison.” Michael Lallo of the Sydney Morning Herald elaborated on this by reflecting on the genesis of Stefanovic’s idea. “Earlier this year, News Corp tabloid the Daily Telegraph dredged up old photographs of [Samantha] Armytage [Stefanovic’s friend and a fellow Australian TV personality] running errands in comfortable clothes.” They chose to publish them “because… well, the purpose of the story was never entirely clear.”

That said, several details about this story merit further attention. For one thing, it’s notable that we seem less likely to take a feminist complaint seriously unless it comes from a man. Much as it took a male comedian to convince the public to take the Bill Cosby rape allegations seriously, so too has the public not been nearly as stirred up when women in the entertainment industry have commented on this problem.

I spoke with Liskula Cohen, a social pundit, buyer at FrontRowEyewear, and former model about this double standard. “There is obvious sexism here [for women in media],” Cohen explained to me. “Women are supposed to look gorgeous, sexy yet attainable and not intimidating, their hair always perfectly coiffed, with a lot of makeup… and the men have to be clean shaven.” Yet even though Wilkinson has extensively discussed being harassed based on her looks, it wasn’t until a man stepped up to the plate that we started paying attention.

To be fair, it’s worth noting that he technically didn’t wear the same suit the entire time; by changing his tie every day, he did significantly alter his appearance. “That right there changes the outfit,” explained Tillie Adelson, a contributor at StyleList  and creator of the blog My Stiletto Life. In an interview with the Daily Dot, Adelson pointed out that altering neckties and other prominent accessories on an outfit can significantly alter its appearance. Cohen agreed. “Many men have many suits that look exactly the same,” she said, “so the change makes it harder to prove his point.”

Of course, even this revelation doesn’t negate Stefanovic’s larger point. “It’s about the fact that the guy changed his [tie] and that’s why no one noticed,” Adelson observed. As Stefanovic put it in an interview with Fairfax Media, “No one has noticed; no one gives a shit. But women, they wear the wrong color and they get [criticized]. They say the wrong thing and there’s thousands of tweets written about them.” If a woman had chosen to stick with the same outfit for a full year and simply change one very noticeable item—say, a scarf or a necklace—it would have been the subject of enormous commentary. Not so, Stefanovic has made clear, when a man does so.

Finally, it must be understood that this story is occurring at a very important moment in the history of online feminism. With Gamergate mounting a reactionary challenge to women seeking equality and the reduction of cultural misogyny in the video game industry, a Men’s Rights Activist shooting up a college campus earlier this year, and Time magazine sparking controversy for listing “feminism” in their 2014 poll of words that ought to be banned, it’s clear that a real anti-feminist backlash exists. In light of this climate, bold and clever PR moves like Stefanovic’s provide a valuable public service by giving those who care about sexism a rallying point which they can use to better illustrate the validity of their arguments.

Years from now, the Stefanovic narrative will likely be remembered by social historians in the same way we remember a moment from American political history that drew attention to the same basic point. When Rep. Geraldine Ferraro (D-NY) became the first woman to appear as a vice presidential candidate on a major party ticket in 1984, she memorably delivered an ultimatum to the network producers that they could only hire a fashion analyst to comment on her wardrobe if he also deconstructed what Vice President George H. W. Bush was wearing (they didn’t).

Things haven’t changed as much as they need to since the days a New York Congresswoman was forced to convince TV producers that she should be treated like Walter Mondale’s hypothetical vice president instead of a pretty ornament to be scrutinized, and until they do, we will need voices like Ferraro’s and Stefanovic’s trying to call out these prejudices.