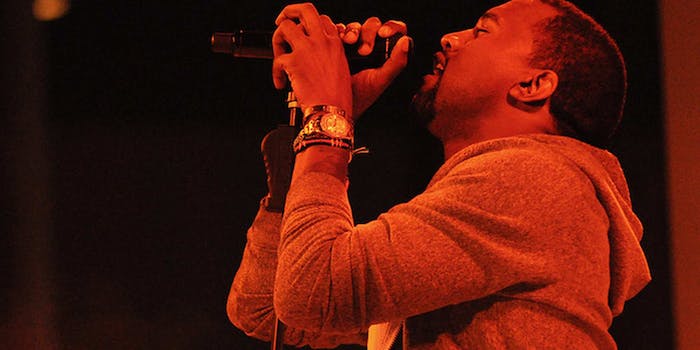 4 HBO shows Kanye West should have pitched instead

HBO’s higher-ups decided the show was “too hardcore” for their viewership. We'll show you hardcore.

Video evidence of an HBO pilot from 2008, starring Kanye West, has finally reached the general public. The footage, which was uploaded to YouTube in 2010 by Alison Quinn and resurfaced recently, is tough to watch, though it does list a pre–Daily Show Wyatt Cenac in its credits. Sadly, it never aired. (Today, the YouTube footage was removed.)

However, the genesis of the show is perhaps the best part. West pitched himself to producer Larry Charles as a “black Larry David,” referencing David’s misanthropic character on Curb Your Enthusiasm. Ultimately, HBO’s higher-ups decided the show was “too hardcore” for their viewership.

West obviously has a sense of humor, but things are different for him in 2013. Black Larry David is now “Black Skinhead.” He has a new album, a new child, and is way more hardcore than he was three or even five years ago. He has reached a new creative apex. Now is the time for a Kanye West TV show. Here are a few ideas.

Kanye West goes back to college as a 30-something and befriends a group of beautiful outcasts. He lets them drive his Lamborghini, they teach him the value of being himself. It will be like Community, but funny.

Kanye West has a talk show. He is also the guest, musical performer, and audience.

Kanye goes to space… but he’s not alone.

Cameras follow North West, Blue Ivy, and other toddler-preneurs as they attempt brand and bottle domination. Kanye is sort of the Puff Daddy of this show, but Dave Chappelle’s version.