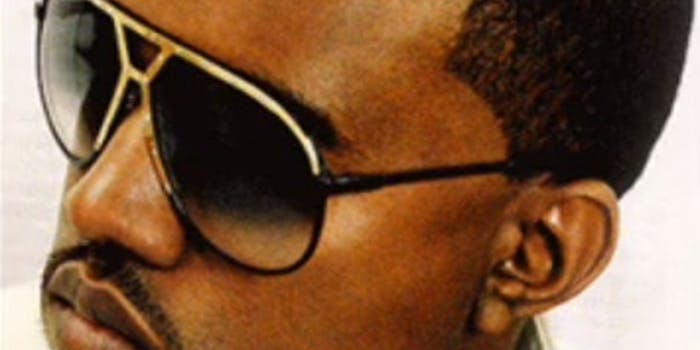 Did Kanye West really tweet about having sex with Kim Kardashian?

An easily-faked screenshot is the only evidence that the controversial tweet ever happened.

There are a few red flags, however, which suggest that West may not have tweeted the message.

While the screenshot was widely shared on Twitter, some users claimed that West did not, in fact, post the message. Social media search engine Topsy indexes all public tweets, and even stores those which have been deleted. The tweet attributed to West does not show up on his Topsy profile.

West would have had to remove the tweet incredibly quickly to avoid having it indexed by Topsy, but just how quickly remains uncertain. According to a Topsy representative, “If the tweet contains a link and we receive it via Twitter’s firehose then we’ll index it. I’m not exactly sure of Twitter’s methodology of whether they’d send a tweet over if someone had tweeted then deleted it a few seconds later, so don’t want to speculate.”

However, the fact that the tweet apparently gained 7,410 retweets and close to 40,000 favorites in such a short time before being removed seems odd, despite West having more than 8.3 million followers.

There are a number of ways through which the screenshot could have been faked. Manipulation software like Adobe Photoshop makes faking images a cinch, while there are a few services around that let anyone create a legitimate looking fake tweet, like Fake Tweet Builder and Lemme Tweet That For You. Neither appears to have been used here.

While Lemme Tweet That For You lets you add the number of retweets and favorites to your fake tweet, no comma appears in the number. Here’s a fake tweet we created using the site to show what we mean.

It’s easy to fake a screenshot by other means, though, especially one that simply requires pasting text over an existing image. One could even do it in Microsoft Paint.

So, despite the rumors—and Kanye’s reputation for saying whatever is on his mind—there’s a good chance West didn’t actually brag about having sex with Kardashian on Twitter.