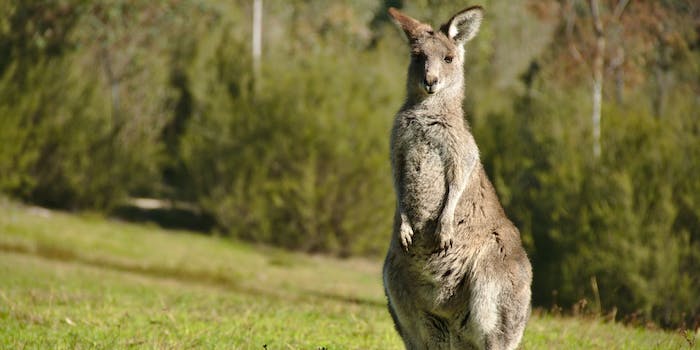 Kangaroo not as good at trampolining as you might expect

Frankly, we needed to see more.

Kangaroos seem like sleek, athletic, nimble animals. Full of grace and with a hop in their step. If one found itself on a trampoline, you’d think it’d probably put on a show filled with turns and flips and straddle jumps.

Maybe that’s true for most kangaroos, but it certainly isn’t true for the poor bastard in the video below.

Yeah, yeah, the flip was cool—but major points were deducted because it looked unintentional and more the result of a slippage on the trampoline rather than an athletic ninja-type maneuver.

For those keeping score: On the scale of important trampoline performances, the kangaroo ranks far behind the top-three of all time.