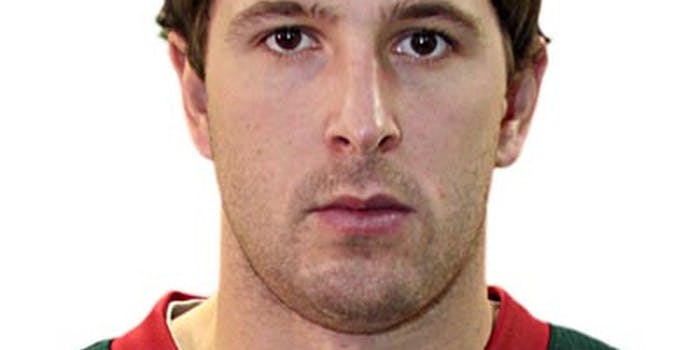 Justin Fontaine's tweet about the Foo Fighters at the Grammy was truly in #BadTaste.

A minor league hockey player was suspended Monday for tweeting a gay slur.

Justin Fontaine plays forward for the Houston Aeors, an affiliate of the NHL’s Minnesota Wild. As he watched the Grammy awards Sunday night, Fontaine tweeted “The Foo Fa***ts were awful. #TerribleShow #BadTaste.”

Though Fontaine isn’t a particularly well-known player—he’s still under 500 followers on Twitter—he was retweeted by a teammate before deleting the offensive message, which was quickly brought to his team’s management’s attention.

Fontaine’s Twitter feed since the slur is filled with apologies. His most recent post is in response to a fan who tweeted, “That’s a word that carries a lot of hate.”

“I still feel awful about it and want to apologize to everyone again. Its a word ill never use again,” Fontaine responded.