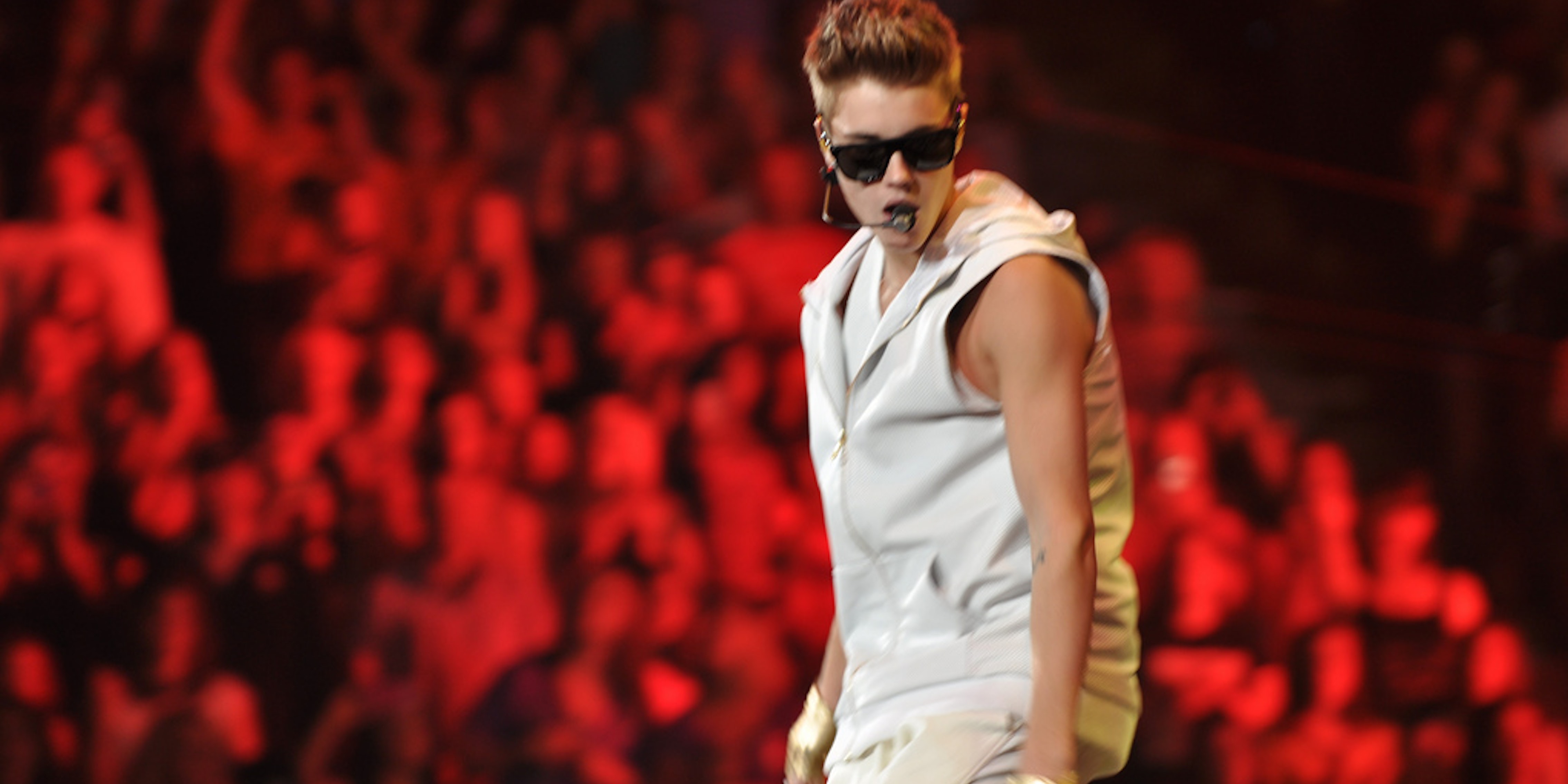 Bieber's crotch was likely enhanced in his Calvin Klein ad, but does it matter?

It’s the bulge discussed ‘round the world, or, more specifically, the possibly faked bulge discussed ‘round the world. Everyone suddenly seems very invested in what pop star Justin Bieber is packing under his briefs, when the larger question might be whether we should care at all—or if we’re caring for the wrong reasons. As celebrity buzz sites hustle to suggest that Bieber’s recent Calvin Klein shoot was manipulated to suggest that his package is a bit larger than real life, Bieber’s legal team has fought back. The real news story here, however, is in the attempted emasculation of Bieber and how that plays into our larger perceptions of masculinity.

20-year-old Justin Bieber got his start with the sort of soft, boy band-ish pop that tends to catapult male stars to the top of the charts, and in his case, it worked. In recent years, Bieber has been trying to cultivate more of a bad boy persona, complete with tattoos, friendships with prominent rappers, and a bizarre incident involving some eggs and a neighbor’s house. That persona has also, notably, been an attempt to firmly put his childhood behind him, as he desperately wants to grow out of “boy band” territory and into adulthood, much as other squeaky-clean child stars did. His loyal and mostly female fans, known as “Beliebers,” have driven his career consistently higher since his emergence on the pop scene, and it’s not surprising that Calvin Klein turned to him as the face of their latest campaign. Everyone loves a hot, half-naked pop star.

Well, not everyone, it turns out. Almost as soon as the shots were released, gossip sites were claiming that photo editing software was involved, presenting “unretouched” evidence as proof that Bieber’s images had been altered to give him more prominent muscles, more body hair, and a bigger bulge to draw attention to the star attraction of the ad—the underwear. The move smacked of an attempt to literally emasculate the star, shrinking his penis to place him firmly back in his place as a harmless boy followed by hordes of screaming teenage girls, rather than as a grown man.

As it turns out, the image likely wasn’t Photoshopped—at least, not in the way people mean. All print images for magazines and elsewhere are digitally edited in production for a variety of purposes, including cropping, color correction, smoothing out blemishes, and addressing other issues. The level of photomanipulation depends on the model and the publication, but, notably, editing of this nature is routinely accepted for images of women in media and pop culture—so much so, in fact, that the movement to present undoctored photos of women is viewed as revolutionary.

When it comes to men and masculinity, there seems here to be an assumption that Photoshop isn’t necessary, and that men’s images are evidently perfect right out of the box. This despite the fact that images of men are also given the editing treatment before publication, just as Bieber’s was—yes, Calvin Klein likely did some work on the image to more clearly define his abs, address any skin blemishes, and accentuate features on both Bieber’s and his co-model Lara Stone’s bodies. That’s industry standard. Yet, by suggesting that his photograph had been edited, critics are implying that he’s less of a man—such a failure that he had to be edited like a woman.

In fact, analysis by photographers and skilled editors suggests that the “unretouched” image was actually subjected to a fair amount of editing, highlighting numerous inconsistencies and flaws in the image indicative of photomanipulation. So perhaps it’s not surprising that Bieber’s attorneys issued a takedown notice to Breathe Heavy, the site that originally posted the supposed raw image, and that Bieber’s personal trainer defended the pop star’s package in what must have been an awkward and unpleasant situation for everyone involved. This may also explain why the gossip site was so hasty to comply after its failed potshot at Bieber’s pride. The truth behind Bieber’s package will have to remain a mystery for those who aren’t intimately acquainted with the star, but the endless debate about the subject illustrates how closely we associate the penis with manhood in Western culture.

The fixation on Bieber’s bulge betrays an interesting social attitude about penises and manhood, reinforcing the idea that the only worthy penis is a large penis. It’s certainly a pervasive cultural norm, one that’s enforced not least by underwear companies, which tend to use well-endowed men in their advertising campaigns. The brouhaha is similar to that over Jon Hamm’s trouser snake, as the media discussed his penis considerably more than he’d desire. Angry and defensive about the speculation surrounding his allegedly unusually large member, Hamm lashed out in both 2013 and 2014 about the issue.

More than anything, though, he was upset at having his body treated the same we do women’s bodies every day. Women face the same kind of scrutiny when their images appear in print campaigns, with critics crawling out of the woodwork to discuss every flaw of their bodies and accuse producers of digitally altering their breasts, thighs, and other features. Implying that Bieber needed help from a photographer to look like a real man is a complicated putdown, denigrating the star’s body and reducing him to the level of a gender perceived as lesser.

As highlighted by this ad campaign and his recent public antics, Justin Bieber is done with being a boy. While the Beliebers may run strong, he wants to put that past behind him and move on to edgier, more adult music, working to capture a more mature market while still drawing upon fans who’ve followed him since the early days. Like Miley Cyrus, Britney Spears, and other counterparts, he’s tired of being stuck in a box—and unlike Justin Timberlake, apparently he doesn’t want his dick in a box either.

Defending his penis, whether through lawsuits or personal testimony, isn’t just about a perceived offense from speculative gossip blogs and the media. It’s also about asserting his masculinity in a culture where penis size is often the ultimate determination of what it means to be a man. Bieber knows that a Baby Bieber won’t fly—it’s time to bring on Big Daddy.