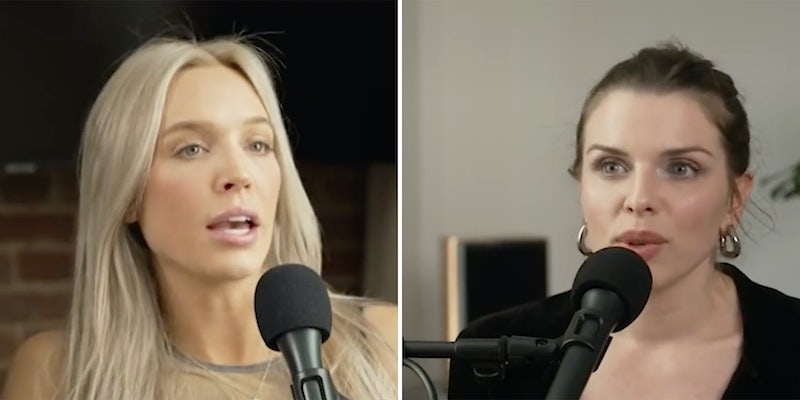 'Who is uncle jems.'

Julia Fox and Kanye West’s media hustle has apparently ceased, as he is now openly engaging in red-flag behavior toward ex Kim Kardashian. But a piece of audio about whether Fox is West’s “muse” is making the rounds—mostly for the way she says Uncut Gems.

The audio is from an episode of popular podcast Call Her Daddy, and is a response to host Alex Cooper asking Fox what a muse is: “I mean, I was Josh Safdie’s muse when he wrote Uncut Gems,” she responds, referencing the 2019 Safdie brothers film she stars in.

Fox’s recent look was parodied, but more people zeroed in on the way she says Uncut Gems as “unca jams” or “uncaht gahms.”

The original Spotify clip now has more than 2 million views; one of the top comments is “She has absolutely no idea what a muse is.”

But Fox does know what a muse is: A recent New York profile posits as much, and it details that Fox has a whole crew that helps keep her looking muse-worthy. Fox also allegedly hasn’t “cried since 1997.”