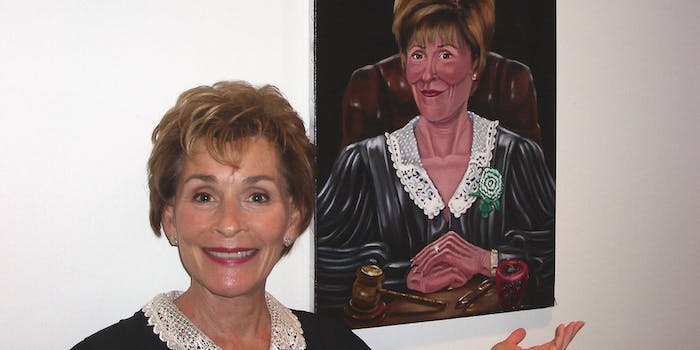 OK, but really, shouldn’t Judge Judy be on the Supreme Court?

By now you’ve heard that 10 percent of college graduates apparently think that Judge Judy is on the Supreme Court. Are people who completed secondary education imbeciles? Probably! But not because of this survey.

As the Huffington Post points out, polls like this one from the American Council of Trustees and Alumni are often built to make people fail, then mock them for failing, then court the press by focusing on that failure. The question “Which of the following people serves on the U.S. Supreme Court?” had several options, including the correct answer, “Elena Kagan,” which 61.6 percent of grads chose correctly. One option was “Judith Sheindlin,” which almost 10 percent pollsters selected.

That’s Judge Judy’s real name, but you can see why some people would think that it’s the right answer—it’s not the same as picking “Judge Judy” on a poll, and the pollsters shouldn’t suggest that. It’s exactly the kind of nonsense that Shendlin would never allow in her court.

In short, the poll was a lot of baloney. But even with that verdict, Judge Judy should definitely be on the Supreme Court. It’s not the craziest idea, since, you know, there’s another television star running for president right now. Plus, she’s an actual judge. We really need to oust Scalia and get good ol’ Judy into SCOTUS. Imagine how these landmark decisions would have gone down if we’d had Judy on the bench.

Holding: Obscene speeches in school are not covered under the First Amendment, unless they are about Genghis Khan or Chris Brown.

Holding: Virginia’s Racial Integrity Act of 1924, which prohibited interracial marriage, is unconstitutional, and the state needs to buy smoothies for all the people they were assholes to.

Holding: In certain situations, stop-and-frisk do not violate the Constitution unless the detained party gets a boner.

Holding: Legalized abortion, and whenever a man wants to control a woman’s body, he gets leashed and tied to the nearest stop sign.

Holding: Same-sex couples have the fundamental right to marry, and straight people have to pay back the $300 they borrowed from them to fix their Honda Accord.

Holding: Burning the American flag is protected by the First Amendment as long as you’re using it for barbecue.

Holding: Everyone has the right to legal counsel, and if your lawyer can recite this entire thing, you’re free to go: “And wouldn’t somebody who had, say, 30 perms before in their life be well aware of this rule, and if in fact you weren’t washing your hair as I suspect you weren’t because your curls are still intact, wouldn’t you have heard the gunshot, and if in fact you had heard the gunshot Brooke Windham wouldn’t have had time to hide the gun before you got downstairs. Which means you would have had to found Brooke Windham with a gun in her hand to make your story plausible, isn’t that right?”

Photo via artarama/Flickr (CC BY SA 2.0)