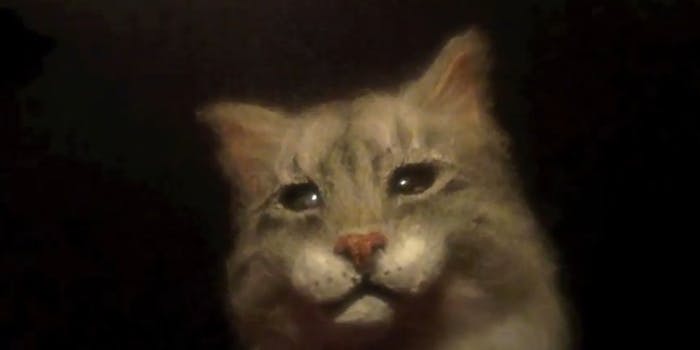 Most drunk people do practical things, like make sandwich or drink more. Others do this with their cat puppet.

Most drunk people do practical things, like make a sandwich or drink more. But on rare occasions the truly gifted express their alcoholic genius by creating what the Internet is meant for—hilarious cat videos.

According to a post on Reddit by user Col_Von_Sucket, a friend created this video after getting drunk and having a realistic “prosthetic” cat at their disposal. The cat was previously used for a short film the two were working on together and proved to be the perfect star for the film.

The video is really nothing more than a creepy cat puppet singing a Journey’s “Don’t Stop Believin’,” which is exactly why it’s perfect. So, what is next for the feline Steve Perry? Perhaps a rendition of “Milk bowl in the sky?”