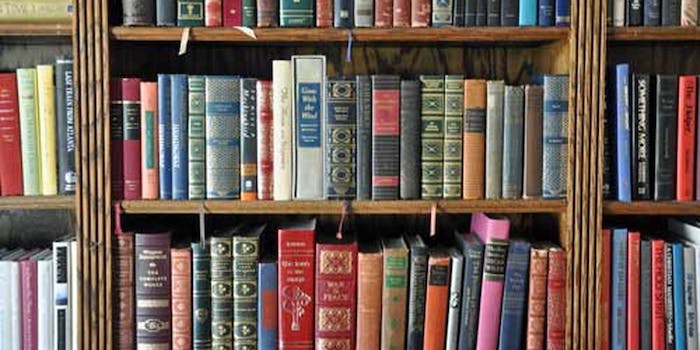 It’s no secret that publishers and other copyright holders have been doing all they can to combat peer-to-peer sharing online. They’ve gone after the consumers and hosts who engage in online piracy.

But recently, a group of German publishers tried to extend the definition of copyright infringement to an unheard of level, taking steps to criminally prosecute two separate periodicals that mentioned the name of a pirate site in a recent article. But the case didn’t exactly work out.

Last Sunday, Der Tagesspiegel published an interview with a representative of Boox.to, a pirated ebook site that offers books to readers without the permission of the authors. Founded in 2012, the site claims to be the largest such pirate ebook site in Germany, providing up to 1.5 million ebooks every month.

In the article, the site’s owner expresses no guilt over doing an end run around German publishing houses.

“I say it openly: we are not interested in the legal opinion of German publishers. We see ourselves as a supplier in the market, such as Amazon and [regular] bookstores.”

Though one might expect these sort of confrontational statements to prompt publishers to take action against Boox.to, the copyright holders instead turned their legal fury against the publications that published the comments.

According to TorrentFreak, the group of publishers filed a criminal complaint against Der Tagesspiegel and Zeit.de which both ran the article. Their basic claim was that by naming the site the newspaper and website had “assisted copyright infringement.”

“The publication of the website and its Internet address immediately enabled a broad mass of readers to become aware of the site. The reader is also indirectly encouraged to take advantage of the offer, taking advantage of the illegal site that has been highlighted by the play of the interview,” the publishers complaint reads, arguing that journalistic ethics do not require the site be named.

The only problem was that, by these same standards, the German Book Publishers Association would have needed to file a criminal complaint against themselves. As it turns out, the association’s own trade magazine had previously published the full name and URL of Boox.to.

Since this revelation, the criminal complaint has since been publicly dumped by German Book Publishers Association.