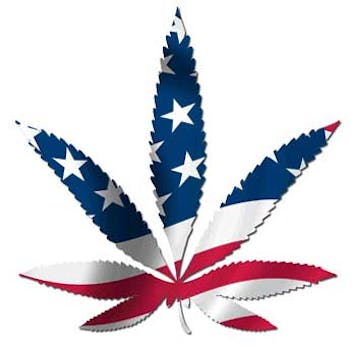 In a video making the Internet rounds, a young Occupy Wall Street protester is seen calling out conservative blogger and filmmaker Evan Coyne Maloney on camera over his biased questions.

And for handing out weed paraphernalia.

Is this “gotcha” journalism, flipped upside down?

“He’s trying to give people bongs here to make us all look bad. And Che Guevara rolling papers… he’s just trying to get that one shot” the unidentified protester goes on to say. “Why don’t you ask someone a question who, no offense, doesn’t look like a hippie?”

The young man goes on to say the backpack worn by Maloney’s assistant is filled with bongs, peace pipes and rolling papers, and states he saw them being handed out to protesters that answered Maloney’s questions.

Maloney does not deny handing out bongs in the video, or that his questions are biased — in fact, he chuckles at the man’s allegations and says “I’m giving them away because I’m a nice guy and I like giving away stuff.”

While biased questions are not a violation of journalistic code, handing out weed paraphernalia in order to photograph people using them is more than a little sketchy.

Maloney wouldn’t answer the young man’s questions over whether the photos he snapped earlier would be on Fox News—he said they might be on CNN or MSNBC.

Fox News has an extensive history portraying Occupy Wall Street protesters as hippies — a grievance listed by hacktivist group Anonymous as motive for their upcoming attack on the news network — despite plenty of Ron Paul supporters and Tea Partiers in the Occupy Wall Street ranks.

Uploaded on October 25 by video blogger Joey Boots, video views hovered around 3,000 at press time. YouTube data showed views are in fact over 9,000 — indicating a frozen view counter that only happens when a video is being widely circulated.