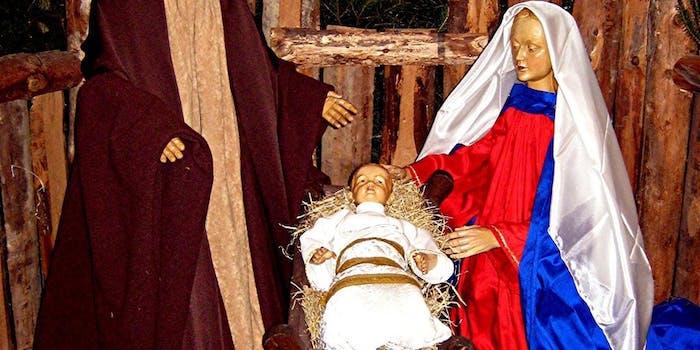 A Twitter user in Germany is recreating the Biblical account from the perspective of Joseph of Nazareth.

Let’s hope there’s decent cell reception in Bethlehem. Joseph of Nazareth has taken to Twitter to post live updates about the first Christmas.

A Twitter user in Germany recently began to tweet as Joseph of Nazareth, the Biblical husband of the Virgin Mary and earthly father of Jesus Christ. No one is quite sure who’s behind it, but the account has recently gained significant media attention and close to 10,000 followers.

Since last Thursday, @joseph_von_naza has been tweeting in both German and English, with regular updates that have so far included Mary’s pregnancy and, much to the couple’s surprise, a trip to Bethlehem for a government census. He has also tweeted some pictures of their chosen mode of transportation.

It’s historical fiction—with emphasis on the fiction. Besides providing a running commentary on the days leading up the Christmas, Joseph has also been interacting with his followers. “Now I go to do some shopping. It’s a long journey. Has someone tips what I have to consider when I´m traveling with a pregnant woman?” he tweeted.

The Twitter account provides an interesting, social media spin on a story that most know by heart. And, apparently, it’s good for business: “Has everybody had a nice sabbath? Once again: Carpenter’s work? Joseph, the carpenter – the man with the wood in your hood.”