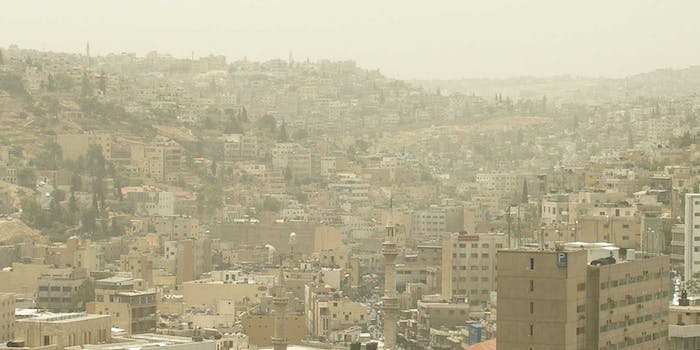 Under the country's 2012 Press and Publications law, news sites are required to register or be blocked.

It’s the first major implementation of the country’s amended Press and Publications Law. That bill’s passage in September 2012 instantly dropped Jordan from being praised as having some of the most progressive Internet policies in the Middle East to being accused, as several of its neighbors are, of government abuse and censorship.

The amended law requires news sites to register with the government, which costs 1,000 Jordanian Dinar ($1410.84 US). The country’s Press and Publications Department (PPD) is free to add sites that don’t to a blacklist; every Internet service provider in the country is required to ban users from accessing those sites. But it doesn’t stop there: the blacklist can also apply to content that “shakes confidence” in the national currency, “disparages” the Jordanian royal family, and instigates physical protests.

It’s believed that all blocked sites were news sites that hadn’t paid the registration fee. The head of the PPD, Fayez Shawabkeh, admitted that the blackout was intended to make a statement.

“The Press and Publications Law should have gone into effect in January… we gave a deadline for news sites owners to rectify their situations,” he told the Jordan Times. “While some registered, the majority did not and they will be blocked.”

Shawabkeh said that as of the blackout, only 92 sites had actually registered. He added that those that register now will be immediately removed from the blacklist.

The Jordan Times reported that some major sites, like jordandays.tv and sarayanews.com, were blocked Sunday morning but accessible again Sunday evening.