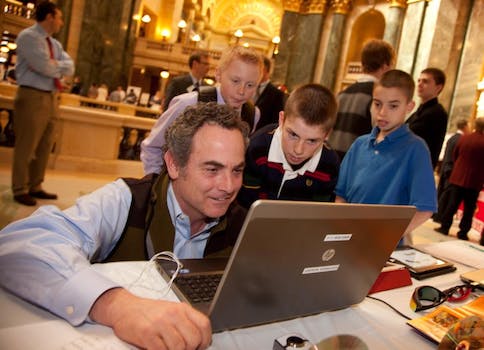 This Green Bay Packers fan has had enough.

The NFL’s usual refs are locked out with a contract dispute, and just about everyone agrees with Senator Jon Erpenbach, a Democrat from the 27th District: Last night, their replacements robbed the Packers of a win thanks to one horribly botched call. Erpenbach is probably, however, the only prominent member of the Wisconsin State Legislature to tell his constituents to flood the commissioner’s phone line.

Phone calls apparently weren’t enough. Erpenbach then encouraged his followers to share their frustrations on Twitter: “How about a tweet to Roger Goodell @nflcommish #NFL,” he posted.

Though fans have expressed discontent with the replacement refs since before the season started, Monday night’s game seemed to be the breaking post. On Tuesday morning, the NFL announced it was preparing a special address on the controversial ruling.